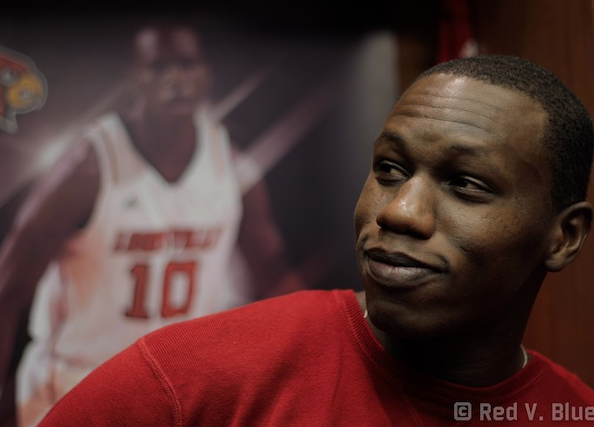 I remember receiving this snippet from a friend about Gorgui Dieng heading into draft night.  Looking back at the year that was – I thought it was a good opportunity to point at someone and say “you are wrong, layoff our Gorgui”.

Former Louisville big man Gorgui Dieng may be in for a long night on Thursday. Word is that several teams have flagged his knees as a problem.

Dieng was not red flagged at the NBA draft combine in Chicago so this may very well be a small handful of teams looking for a reason to pass on a legit NBA-caliber big man. Perry Jones III was flagged similarly last year and took a massive draft day tumble, going from a top-10 prospect all the way to 28 to the Oklahoma City Thunder. It’s unlikely Dieng falls into the second round, but if he does it is because teams were scared off by his knees.

What has happened since draft night is well chronicled.

1. Drafted 21st pick of the first round.

4.  Star of Senegal’s FIBA World Cup team.  Gorgui Dieng averaged 16 & 10, which included a huge upset of Croatia along the way.

5.  Minnesota is considering expanding his roll as a starting power forward along side Nikola Pekovic – or even center if they decide to trade their star center.  The trade thought is on hold for now.

6.  Is Gorgui a “Sophomore Who Could Erupt”?  SB Nation thinks so.

Everything Louisville fans have seen is now being recognized by those outside of the nest;

Gorgui’s knees are fine.  Teddy’s hands aren’t too small.  A player is a player.