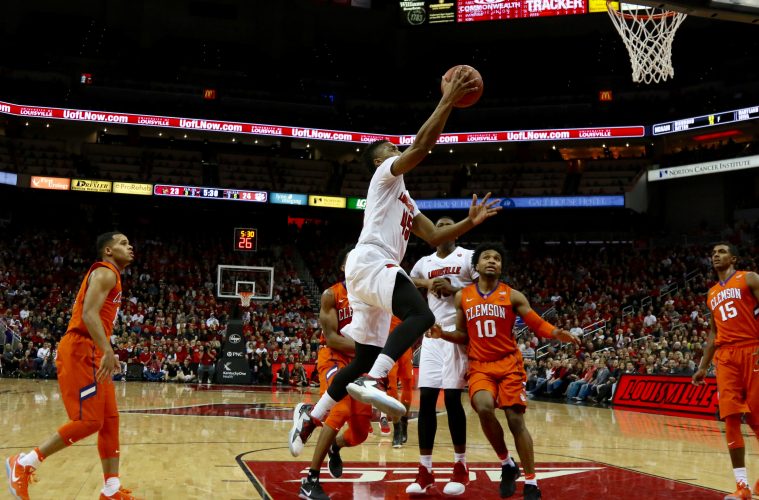 The Louisville Cardinals will square off against the Clemson Tigers at noon Saturday in the KFC Yum! Center. Louisville has dropped two games in a row by two points and fans are eager to see how the team responds after a 23-point collapse to Duke on Tuesday.

Clemson had won 4 games in a row prior to an inexplicable loss to the Miami Hurricanes Wednesday night. The Tigers have a lot of pieces back from the team that made a Sweet 16 run a year ago but does own losses to Creighton, Nebraska, Mississippi State, Duke, Syracuse, Virginia, Florida State, and NC State as well as the recent loss to Miami. Most of Clemson’s losses are respectable and the Tigers do own a handful of solid wins as well: Georgia, South Carolina, Lipscomb, Georgia Tech, Pitt, and Virginia Tech.

Overall Clemson is a well-balanced team with some weapons that can be difficult to deal with. The key is stopping them on the interior and being able to keep pace with the Tigers rebounding the ball. Clemson does not shoot the 3 well at all, but they are very effective at the foul line. Brad Brownell’s team is built around the defense with most games being played in the 60s and low 70s. Clemson makes teams WORK on offense and they can be tough to put away.