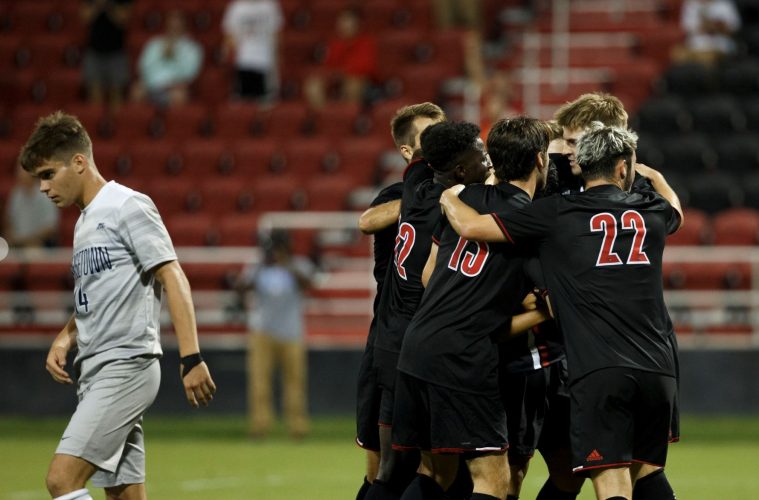 The Cardinals handed Georgetown their first loss of the season. UofL now boasts a 4-1-2 record on the season. The win was the third of the season for the Cards over a nationally ranked opponent (#9 UK & #17 VT were the other two). It was the seventh win all-time for UofL against a #2 ranked team in the country.

Both squads registered 5 shot attempts in the first half, 4 in the second half, 0 in the first OT before the Cards outlast the Hoyas and found a way to score the game winning goal in front of the home crowd.

Cameron Wheeler’s corner kick in the 106th minute found Louka Masset, who headed the ball to Cody Cochran. Cochran’s header to the center of the box connected with Kino Ryosuke, who then headed the ball into the upper left corner of the net past two Georgetown defenders.

The game-winner was Ryosuke’s first goal of the season, while Cochran’s assist also marks his first of the year. Jake Gelnovatch concluded the game with two saves in net for the Cards.

It’s a quick turnaround again for the Cards as they will have another home match Friday night.