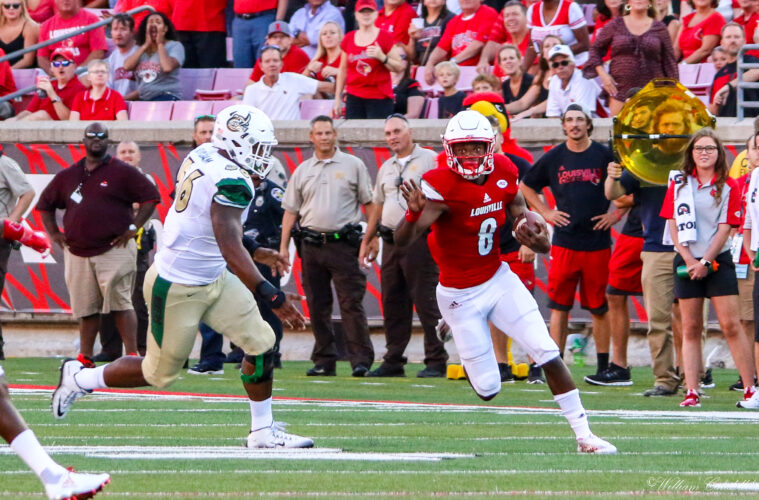 ** Lamar Jackson is really good. Just wanted to put that out there.

** Louisville got off to a bit of a slow start but it is safe to say that things started clicking fairly early, especially for Jackson. Over 400 yards and 8 touchdowns is an absolutely phenomenal performance but I was hoping to see a little more out of the deep passing game. Obviously this was a very vanilla offensive gameplan so not much was shown, but I would have liked to have seen Louisville connect on a couple deep balls.

** Bobby Petrino’s offense is back. Yes, there are things to be corrected here and there but overall the offense just flowed better and the play calls were more indicative of vintage Petrino.

** One area I think Coach Petrino is going to be a little disappointed with would be penalties, particularly on the offensive line. We have heard all summer of the vast improvements and cohesion of the line but these unforced errors show there is still some work to be done. This is the first game of the year and there will be plenty of time to correct these errors so I am not too concerned about them.

** On defense one area I was particularly impressed with was the defensive backs. I think the position as a whole could end up being one of the strengths of the team. I thought the unit tackled well, was very physical, and blanketed wide receivers for the majority of the game. One defensive back that really stood out was Jaire Alexander. It’s obvious why Alexander moved up on the depth chart and I could see him being one of the next stars on Louisville’s defense. He has exceptional speed and used his speed to harass WR’s.

** If I were to nitpick one item on the defense, I would have liked to have seen the defensive line perform a little better. The pressure they were able to generate was a little inconsistent and they gave up a few more decent sized runs than I think Coach Grantham would have liked to. Again, nothing earth shattering but this is all we really have to work with at this point.

** I really liked how the Cards used Traveon Samuel on offense, getting him involved early with a few screen plays and quick hitters. Samuel is a weapon on offense and it’s good to see Petrino getting the sophomore involved.

** Another offensive player I was really impressed with was LJ Scott. Scott seemed noticeably quicker and his ability to catch the ball out of the backfield is a real threat for the offense. I think Scott will continue to get a large chunk of snaps at RB for this reason.