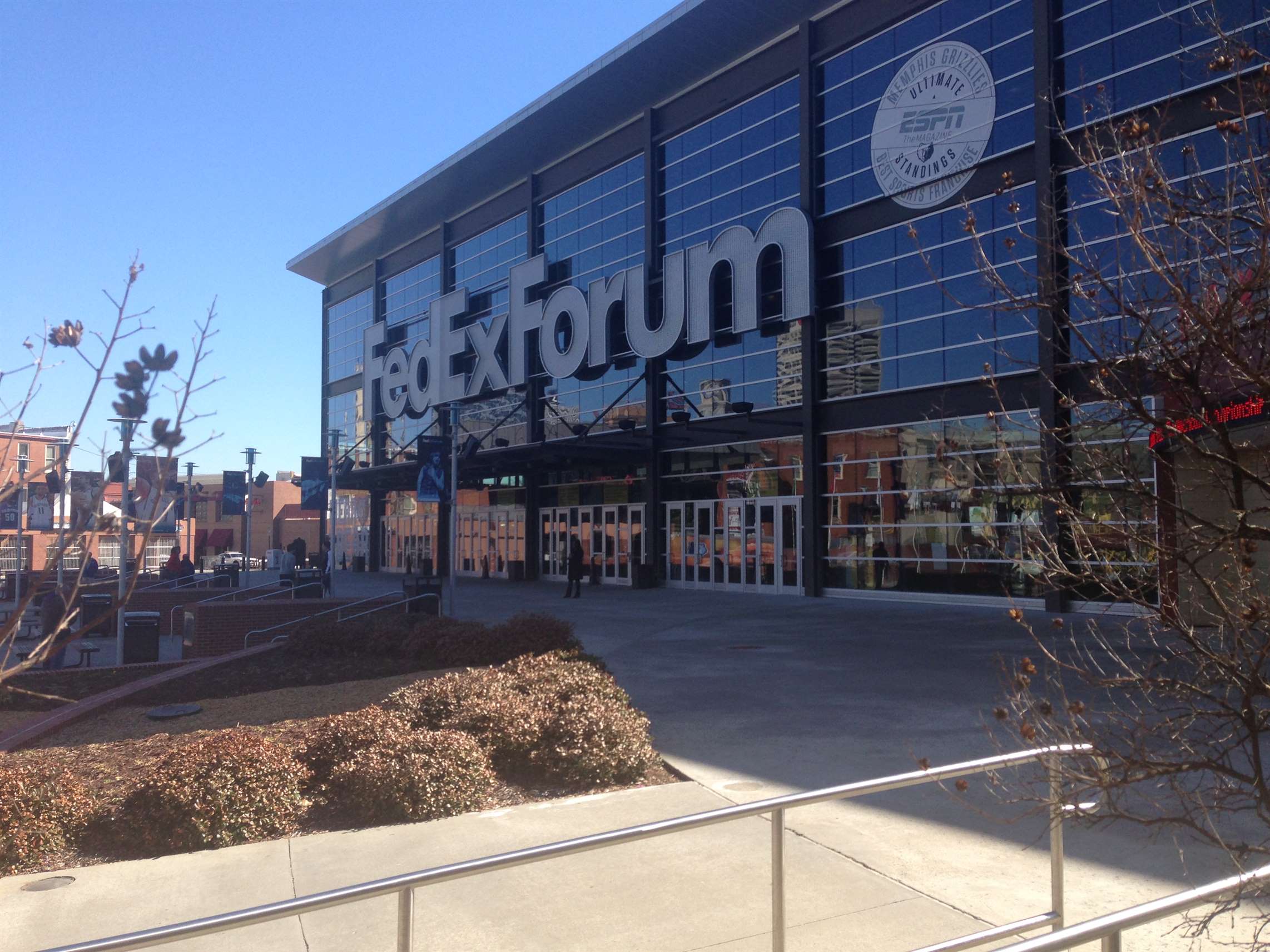 Louisville v. UCONN.  It’s a re-match of the 2011 Big East Championship in Madison Square Garden.  That game was the last loss in a conference tournament for the Louisville Cardinals and are 9-0 in League Tournament games since.  Connecticut rode a red hot Kemba Walker to the 2011 National Championship after winning the Big East crown.  The Huskies were 1-2 against the Cards that year.

A similar situation exists today in the American Athletic Conference Tournament Championship in Memphis at the FedEx Forum.  The Cards have beaten the Huskies twice in 2014; 76-64 in Storrs, CT in January and last week at the Yum! Center 81-48.

Connecticut Head Coach Kevin Ollie said following his team’s semi-final win over Cincinnati, “We are going to come out and play.  This is the postseason and that is behind us. I think we’re a better team and of course Louisville is a better team and we’re going to face out in the ring and see who comes out.”

UofL’s Senior Night performance over the Huskies was a blitzkrieg of dunks, transition points, and 3-pointers.  In fact, the Cards’ past 3 games have gone with similar ease.  Pundits around the country and inside the FedEx Forum openly question whether or not Louisville’s easy road to the Championship Game will hurt the Cards preparedness when a tight game comes & also UofL’s seeding on Selection Sunday tomorrow.

UConn’s road to the title game through host Memphis and #1 seed Cincinnati is infinitely more difficult than Louisville’s slate of Rutgers and Houston thus far.  Memphis is 23-9 ranked #19 in the Country, Cincinnati #13 in the country with a 27-6 record. Contrast that to Rutgers 12-21 mark, and Houston at 17-16 and it’s easy to see the differences in the path to the title game.

Shabazz Napier won the American Athletic Conference’s Player of the Year, and many said that Russ Smith and Sean Kilpatrick were as deserving or maybe more deserving to win the Award.  Russ Smith, Kilpatrick, and Napier all appear on numerous 1st Team All-American Lists and the argument might be silly…..but someone has to win the award.  Right now Louisville and Russ Smith own a 0-2 advantage over UCONN and Napier, but THE CHAMPIONSHIP means more than both regular season games combined.

There is a lot on the line Saturday evening.  A high seed, a preferred seed placement, and a shared belief that Louisville is prepared to defend the NCAA Title.  If Louisville can beat a good Connecticut team for a 3rd time in 2014, I’d say the Cards are prepared.  But prepared or not, March is here anyway.  Game On. 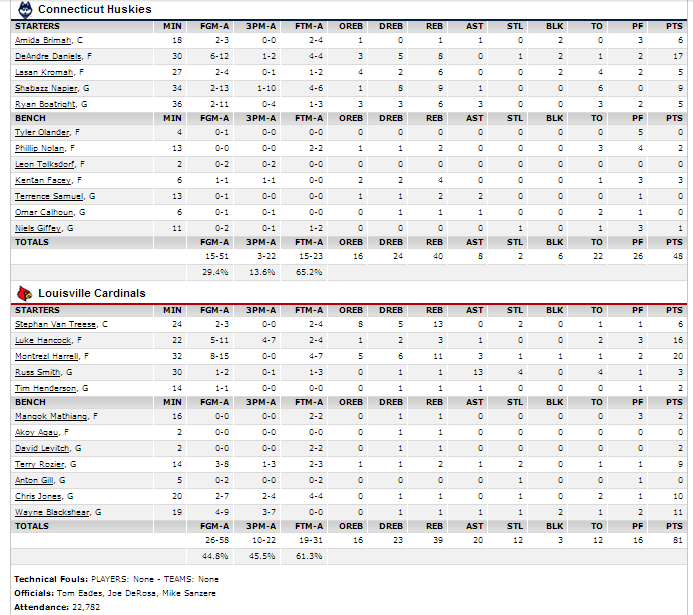 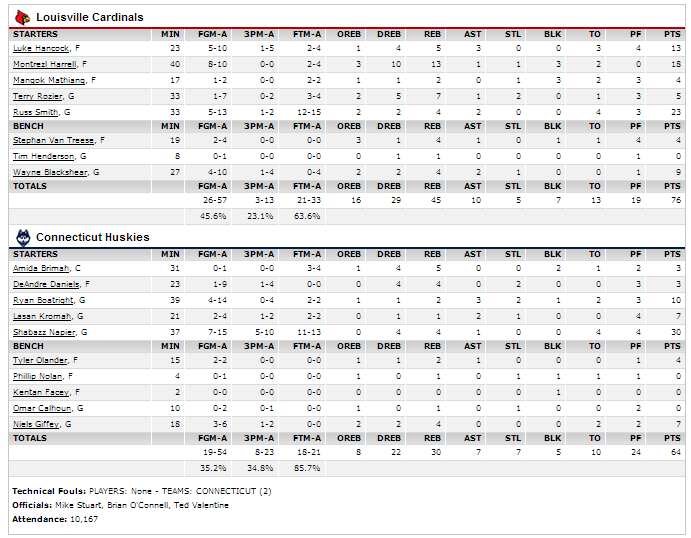