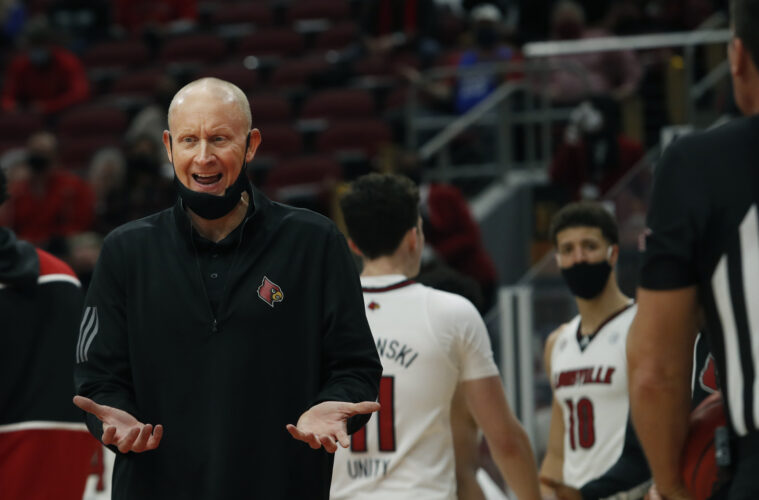 The Atlantic Coast Conference announced today that the University of Louisville’s men’s basketball game against Pittsburgh scheduled for Wednesday, February 10 in the KFC Yum! Center has been postponed.

The postponement follows additional positive tests, subsequent quarantining, and contact tracing within the Louisville men’s basketball program. The team is adhering to the outlined protocols within the ACC Medical Advisory Group report, which is available on theACC.com (full report).

UofL head coach Chris Mack is among those who have tested positive for COVID-19 and is experiencing mild symptoms.  He will follow established protocols and will continue to communicate with team members and staff virtually but will miss Louisville’s next scheduled game at Virginia Tech on Feb. 13.  In his absence, assistant coach Dino Gaudio will take the lead coaching role with the team in practice this week and at Saturday’s game.