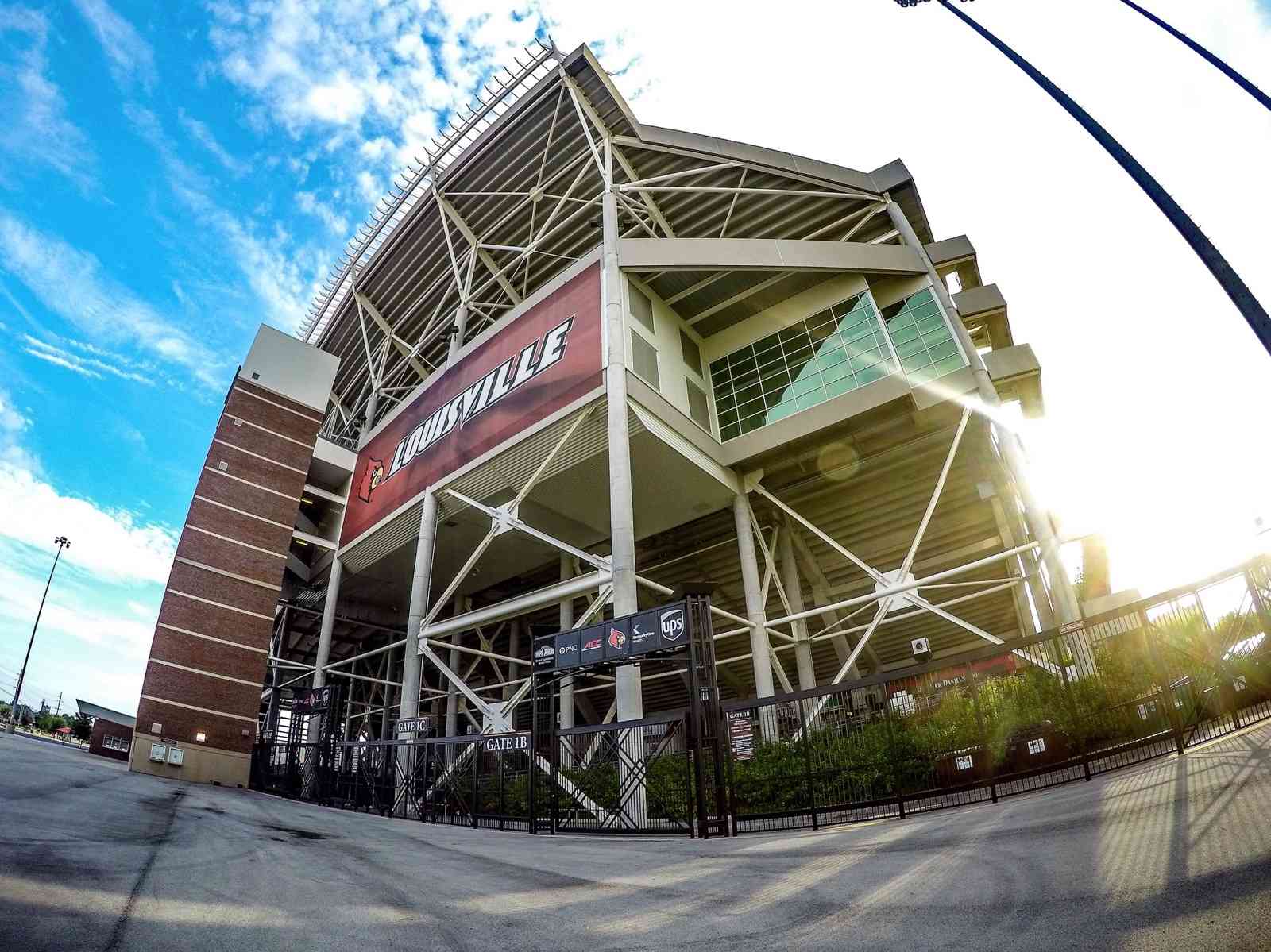 2015 was the 5th highest average attendance in Papa John’s Cardinal Stadium history for Louisville Football game at 49,068.8 people in the stands per game.  With just 6 home games the season wide number is down compared to seasons with 7 home games (in 2008 the Cards had 8 at home pre-expansion).

Year 2 of the ACC saw a pretty limited schedule in terms of ‘fan appeal’ compared to 2014.  Last season the Cards opened the season with Miami and hosted Florida State and Kentucky.  In 2015 the Cards hosted Clemson and did host undefeated Houston, but the buzz on Houston now is much different than when they visited in the 2nd week of the season.  Boston College, Syracuse, and Virginia didn’t inspire the natives quite like it would have during the C-USA, Big East, and AAC schedules.  And it rained off & on throughout the Boston College game, the lowest attendance of 2015, whereas 2014 benefited from fabulous weather throughout.  Lastly, UofL played 4 of its 6 games in 2015 in the noon TV window.

Any fan that entered PJCS through Gate 4 (South Gate) already knows that construction on the Thornton’s Academic Center for Excellence is underway at PJCS with an expected completion date of May 2016.  The Academic Center will be underneath the Norton Terrace of The Crunch Zone commonly known as “The Party Deck”.

The state-of-the-art Thornton’s Academic Center of Excellence will house academic operations and provide a central location for all student-athletes and academic staff, further assisting UofL student-athletes to excel in the classroom.

The 40,000-square-foot center will feature tutorial areas, a high-performance training table to feed the student-athletes, computer laboratories, and office and classroom space that will serve over 750 student-athletes across the Cardinals’ 23 sports on a daily basis.

We’ve known for a long time about the desire to renovate and expand the Howard Schellenberger Football Complex.  In fact, financing for that project has long been completed.  But the hold up came with the news that UofL Football would be expanding the North End Zone as well and these two separate projects would actually become one project and happen concurrently.  Due to this additional financing is currently underway to get the project started.

The Schellenberger Complex will expand the weight room and conditioning center by double its current size, creating a total of 20,000 square feet of work space for training, conditioning, and therapeutic support. A spacious player’s lounge, improvements for coaches’ offices and the team locker room, and expansive theatre-style meeting areas will also be among the enhancements for student-athlete development.

The North End Zone expansion or The Crunch Zone 2.0 will enclose the north end of Papa John’s Cardinal Stadium.  The expansion will add about 10,000 seats with a ‘crown-shape’ at the top of the structure.  The expansion will include 1,000 modern club seats, 65 new premium loge level boxes, and 10 exclusive field level suites, while adding 25,000 distinct square feet of space. The club seats will have access to a premier gathering area that will provide viewing access to the field. The middle of the field level will feature a special entrance for the team surrounded by supporters, similar to how the Dallas Cowboys currently take the field.

The design will provide a connection between the east and west sides of the stadium. The stadium seating will continue to feature all chairback seating for fans, providing the only university-owned and operated stadium in the nation with that element. Additionally two large display screens will sit atop the ‘crown’ and will expand the number of large displays in PJCS from 2 to 3 with the existing screen in the north end zone being replaced.

The Johnny Unitas Statue will be moved to a high-profile place to be viewed by more fans, but that location has yet to be determined.

Once underway construction on the $55 Million upgrade the process is expected to take 18 months to complete.  No set date has yet been announced to break ground but Tom Jurich did say at the plan’s unveiling that it would be well before the 2019 season.

When the Cards built PJCS in 1998 there was concern that the Cards could fill the new 42,000 seat facility, and the question was posed again prior to the Cards opening the expansion in 2010.  Let’s examine the trends:

During John L. Smith’s tenure Louisville struggled to achieve a 38,000 average attendance (about 4,000 shy of capacity). Tickets could usually be found easily on gameday.

That decline in attendance was short-lived.  With the arrival of Charlie Strong, the restoration of the 2,000 lost seats to construction + the 2010 completed expansion of PJCS there was renewed interest in the Louisville Football program.  The Cards posted a 50,648.1 (92.1% of capacity) average attendance in 2010 and at the time was easily the most well-attended season in UofL Football history during a 7-6 season.

With Louisville only having played two seasons EVER in the ACC, Louisville fans have a demonstrated appetite for football.  With continued traditions, an increase in profile, and an annually enhanced schedule that appeals to fans, the expansion announced in August makes sense.  Particularly when taking into account that Louisville has sold out each of its luxury boxes for the past two seasons, has a waiting list for both season tickets and club level seating. The University is most certainly doing the right thing by “Closing the Bowl” and allowing the football fanbase an avenue to expand.