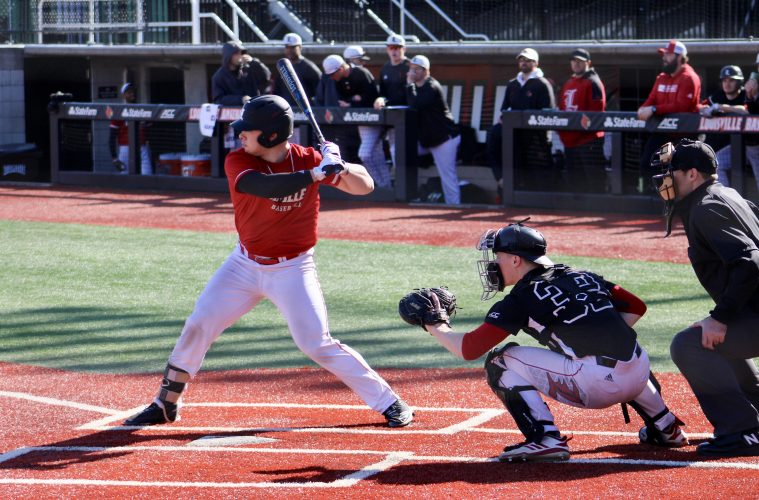 It’s a new week and Louisville Baseball is on a seven game winnng streak. On Tuesday they are set to host Morehead State University in a mid-week matchup. Louisville is 49-35 against the Eagles and they look to add another tally to the win column this week. The Eagles are 4-6 on the season and they have given up a total of 87 runs so far. That’s important to note considering the offense we saw from the Cards over the weekend. Morehead’s pitching staff has allowed 130 hits through 86 innings pitched. If the bats are awake at all for Louisville then it’s possible we will see double digit scoring again on Tuesday.

Louisville will need to continue firing on all cylinders going into this week. The common issue with being a top program is that you’re going to get everyone’s best game and Morehead is no exception. The return of Lucas Dunn will prove to be a major impact on the team performance going forward, but it’s a relief to know that we have depth we can depend on with this team. The Eagles have the ability to score runs but Louisville has a solid defense who are guaranteed to make several good stops. With the constant lineup changes Dan McDonnell has given us this season there’s a chance we may see another fresh lineup Tuesday afternoon.

First pitch is slated for 3pm and admission is free. It’s also t-shirt Tuesday so be sure to arrive early! If you can’t make it out to Jim Patterson, you can stream the game on ACC Network Extra or listen to it on 1450 WXVW.