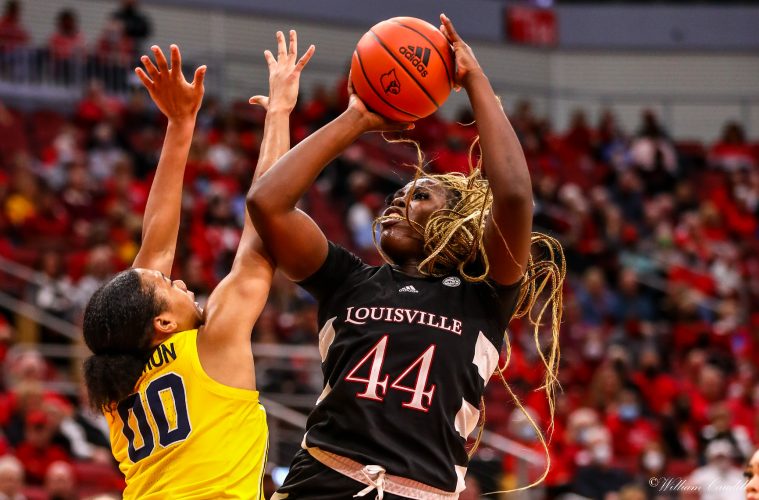 Starting off the night down 7-2, No. 10 Louisville came back and took charge to defeat No. 12 Michigan last night in the ACC/Big Ten Challenge. The Cards came away with a 70-48 victory led by Emily Engstler who had 18 points and 14 rebounds.

Kianna Smith also added 17 points of her own and is now just 3 points away from having 1,000 career points. This includes her points scored at Cal. This team was firing on all cylinders last night with aggressive offense and even more aggressive defense.

Louisville controlled the boards 39-26, scoring 32 points off turnovers and adding 16 second-chance points. The defense was able to hold Naz Hillmon to just 12 points, less than her nearly 22ppg average.

Hailey Van Lith found her footing last night by letting the game come to her and scoring 10 points while going 2-5 from the three-point line. Overall, the Cardinals saw an improvement in their three-point shooting last night and stepped it up on the defensive end recording 15 team steals.

The Cards will host Belmont this Sunday, December 5th at the KFC! Yum Center. The game is scheduled to tip-off at 12p.m. EST and will be shown on the ACC network.