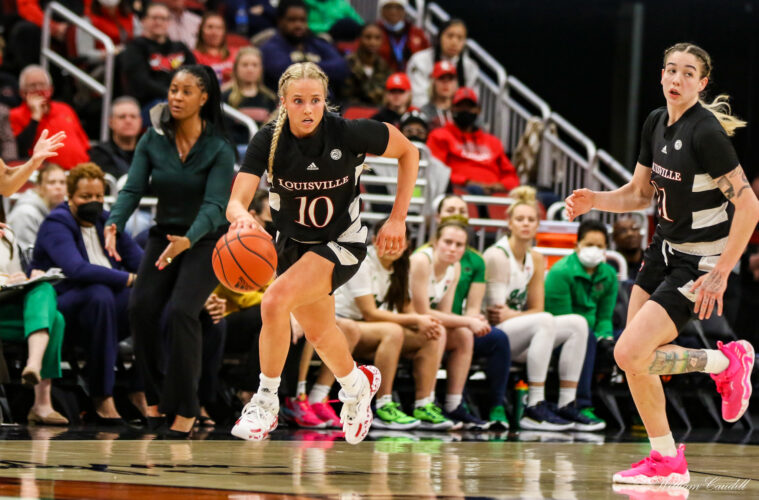 No. 3 Louisville Women’s Basketball Comes Up Short At No. 23 North Carolina

Todd-Williams finished with 19 points to lead the Tar Heels (20-5, 10-5 Atlantic Coast Conference), who ended an eight-game skid against the Cardinals in dramatic fashion.

After Todd-Williams’ free throws, Louisville called timeout to set up a final play. As the clock dwindled down, Kianna Smith hit the front rim on a 3-point attempt. Chelsie Hall managed to grab the rebound and toss the ball up as she fell to the court. The ball sat on the rim before slowly rolling off as the horn sounded.

Kelly had 18 points for UNC, which shot just 38% and made only 5 of 19 3-pointers. But the Tar Heels hung around, erasing a 10-point first-half deficit and using a 42-32 rebounding advantage – including 13-5 on the offensive glass – to stay within arm’s reach of the Cardinals.

Hailey Van Lith scored 17 points to lead Louisville (22-3, 13-2), which had won all eight meetings with UNC since joining the ACC for the 2014-15 season. Olivia Cochran added 12 of her 14 points after halftime.

Louisville: This was a setback for the Cardinals in their hopes of pressuring No. 4 North Carolina State for the league lead. Louisville entered the night only a game back in the win column, though the Wolfpack had won the only regular season meeting to claim the tiebreaker. This loss snapped a run of seven straight wins – eight if counting a Virginia forfeit.

UNC: The Tar Heels had twice upset N.C. State under third-year coach Courtney Banghart while the rival Wolfpack had a top-10 ranking. This was just as big, both for ending the long streak to the Cardinals and for keeping the Tar Heels jostling for position atop the league standings.