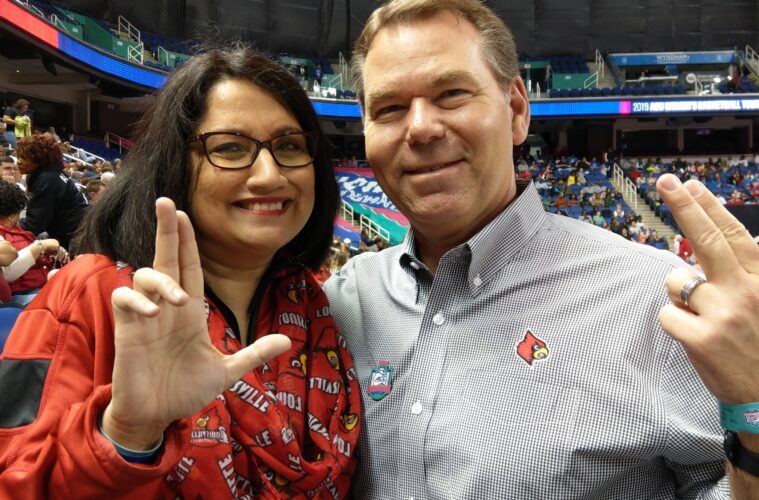 In a stunning development during the high-stakes arm wrestling match between University of Louisville President Neeli Bendapudi and Athletic Director Vince Tyra, Dr. Bendapudi has accept the University President role at Penn State.

Neeli led several board meetings throughout the week where it appeared that Tyra was leaving UofL for Florida State. Speculation has run rampant for two weeks across campus without either Neeli, the Board of Trustees or Tyra speaking publicly or being available for questions.

Tyra’s non compete was waived allowing him to move to FSU. There are rumors that he may have a job offer in Louisville outside of athletics.

But there was no speculation about Neeli leaving campus until late last evening. This morning flights have been tracked from State College, PA and after a wild early morning confirmation came that Bendapudi will become the school’s president later today.

WDRB’s Eric Crawford has reported that Neeli’s deal with Penn State was completed last Friday on December 3rd. Leaving many wondering if Neeli acted in good faith with the athletics department, the Board of Trustees and Vince Tyra. At the beginning of each board meeting, attendees must affirm that they have no conflicts of interest. If Neeli had a deal in place with Penn State on December 3rd then were her actions and postures in good faith? Was the BOT and Vince Tyra misled?

Nevertheless, Neeli Bendapudi’s tenure at Louisville lasted less than 4 years and she’s off to Penn State. What a stunner.