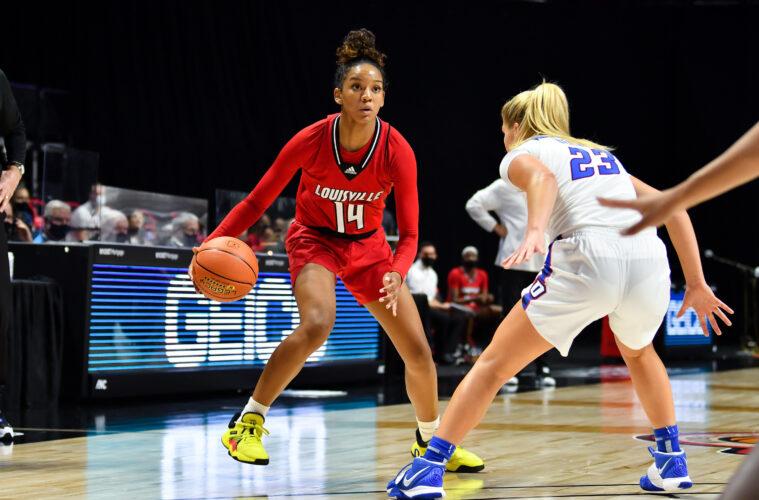 Last season, Louisville and UConn were scheduled to play at Mohegan Sun Arena in early December, but the game was ultimately canceled. DePaul later replaced UConn as the Cardinals’ opponent and Louisville rolled to a record-setting 116-75 victory.

“We are extremely excited to play UConn in the 2021 Women’s Showcase at Mohegan Sun Arena,” said Louisville women’s basketball head coach Jeff Walz. “Our experience at Mohegan Sun last year was first class and it’s an honor to participate in this Hall of Fame event. After being unable to play UConn last season as we had hoped, we are thrilled we are able to continue our rivalry.”

“This is an event basketball fans do not want to miss. These are four of the most elite teams in women’s college basketball today, with all four having played in the Sweet 16 or beyond last season,” said John L. Doleva, President and CEO of the Naismith Memorial Basketball Hall of Fame. “We can’t wait to showcase these talented teams and host their fans at beautiful Mohegan Sun.”

“The Connecticut Sun are excited to welcome a great group of women’s teams to the extraordinary arena we call home,” added Jen Rizzotti, President of the Connecticut Sun. “Mohegan Sun Arena will definitely be the place for women’s basketball fans to be on December 19.”

The Women’s Showcase is one event in the Hall of Fame’s series of collegiate events, which continues to grow in an effort to celebrate the game outside the museum walls. The Naismith Memorial Basketball Hall of Fame is proud to continue its relationship with Learfield IMG College for sponsorship representation of its portfolio of collegiate events.

Ticket information, game times and television broadcast details and will be released at a later date. As the health and safety of the athletes, fans and staff is of the utmost importance, the Basketball Hall of Fame will continue to monitor the COVID-19 situation closely in the coming months and provide updates as needed. For more information, please visit www.hoophall.com.

Mohegan Sun Arena is now ranked consistently among the top venues in the world according to Billboard Magazine, Pollstar and Venues Now and is also consistently ranked top 15 in the “World for All Size Venues.” The award–winning venue was named “#1 Social Media Venue in the World” in 2016 and is a seven–time Academy of Country Music Awards (ACM) national award–winner for “Arena of the Year,” with the most recent recognition coming in 2019.  For more information and updates on Mohegan Sun Arena, call 1.888.226.7711 or visit Mohegan Sun.

About the Naismith Memorial Basketball Hall of Fame:

Located in Springfield, Massachusetts, the city where basketball was born, the Naismith Memorial Basketball Hall of Fame is an independent non-profit 501(c)(3) organization dedicated to promoting, preserving and celebrating the game of basketball at every level – men and women, amateur and professional players, coaches and contributors, both domestically and internationally. The Hall of Fame museum is home to more than 400 inductees and over 40,000 square feet of basketball history. Nearly 200,000 people visit the Hall of Fame museum each year to learn about the game, experience the interactive exhibits and test their skills on the Jerry Colangelo “Court of Dreams.” Best known for its annual marquee Enshrinement Ceremony honoring the game’s elite, the Hall of Fame also operates over 70 high school and collegiate competitions annually throughout the country and abroad. For more information on the Basketball Hall of Fame organization, its museum and events, visit www.hoophall.com, follow @hoophall #HOFWomensShowcase or call 1-877-4HOOPLA.