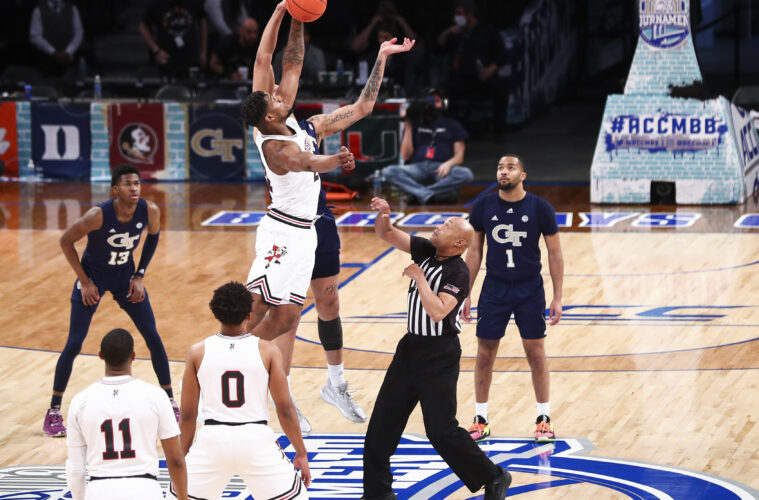 The University of Louisville men’s basketball team will face Arkansas in the first round of the 2022 Maui Jim Maui Invitational on Monday, Nov. 21 at 5 p.m. ET (noon Hawaiian Time) at the Lahaina Civic Center in Maui, Hawaii in the second game of the tournament and will be televised by ESPN2.

The winners from the Louisville-Arkansas matchup will face the winner of the Texas Tech-Creighton contest on Nov. 22 at 8 p.m. ET (3 p.m. Hawaiian Time), while the losers of those two games will play at 2:30 p.m. ET (9:30 a.m. Hawaiian Time).  The Cardinals’ opponents and game time for Nov. 23 will be determined by their advancement.  All 12 games of the Maui Jim Maui Invitational will be televised on ESPN, ESPN2 or ESPNU, and also available on the ESPN App.

Travel packages to join the Cardinals are available at GoCards.com/Maui.

Louisville has a 4-3 advantage in all-time games against Arkansas, which posted a 28-9 record last season and reached the NCAA Elite Eight.  The Cardinals have won four of the last five meetings, including a season-opening 96-66 victory over the Razorbacks in the last meeting in the 2009 Hall of Fame Showcase in St. Louis, Mo. (Nov. 17, 2009).

The first four meetings between the two schools came in NCAA Tournament competition. Arkansas guard U.S. Reed buried a half-court shot to provide the winning margin as the No. 20 Razorbacks knocked the Cardinals out of the 1981 NCAA Midwest Region second round 74-73 (3/14/81).  In another tight NCAA finish, U of L forward Scooter McCray tipped in a shot at the buzzer as UofL beat No. 9 Arkansas 65-63 in the 1983 NCAA Mideast Region semifinals (3/24/83).

It will be the Cardinals’ fourth appearance in the Maui Jim Maui Invitational and first in 18 years.  In its last time as a participant in 2004, UofL lost to Iowa before beating host Chaminade and Stanford.  Louisville was also a participant in 1989 and 2000.

Six of this year’s eight programs participated in the 2021-22 NCAA tournament, with Texas Tech and Arizona advancing to the Sweet 16 and Arkansas reaching the Elite Eight. Louisville (39), Arkansas (34), Ohio State (31), and Creighton (23) are in the top 50 nationally for most NCAA Tournament appearances, while Arizona and Cincinnati are also two of the top 12 all-time winningest schools in NCAA victories. Additionally, San Diego State is coming off back-to-back NCAA March Madness selections.

This year’s field also features six teams that will be making a return appearance in Maui while Creighton and Texas Tech will be making their first-ever appearance. Arizona is the only returning program to have earned a Maui Jim Maui Invitational Championship Title, having done so in 2000 and 2014.

Notes: Both Texas Tech and Creighton will be making their inaugural appearance at the Maui Jim Maui Invitational in 2022.

Notes: San Diego State will make its fifth appearance at the Maui Jim Maui Invitational following participation in the 1989, 2003, 2014 and 2018 Tournaments. Ohio State is returning to the Tournament for its fourth appearance, its first since 2003. The Buckeyes also participated in the 1993 and 1988 Tournaments.