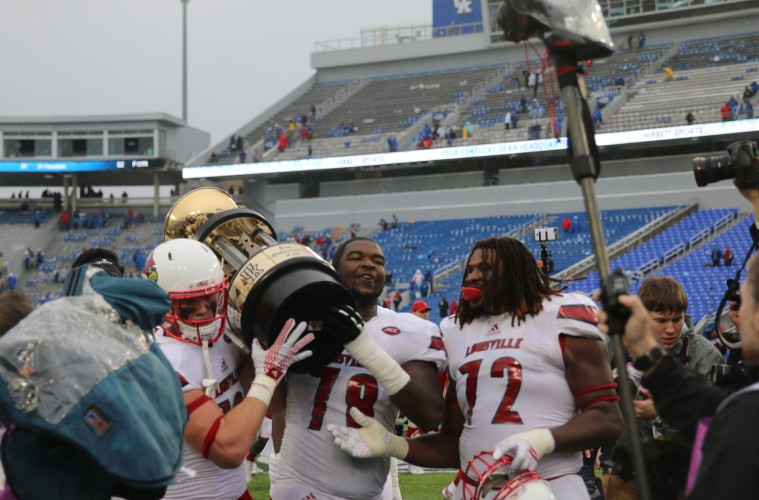 The University of Louisville regular-season finale against Kentucky on Saturday will kick off at noon on ESPN, the ACC announced late Saturday Night.

The Cardinals, 9-2 on the season and winners of nine in a row at home, will look to rebound after last Thursday’s 36-10 loss at Houston to end their five-game winning streak.

This will be the 29th meeting between Louisville-Kentucky, with the series deadlocked at 14-14. The Cardinals have won the last five encounters between the two schools.

The Atlantic Coast Conference Sunday announced the  game times and networks for the games held by  ESPN for Nov. 26.

The following network was also announced:

The following game times and networks for Nov. 26 were previously announced:

*Network to be announced after the games of Nov. 19.