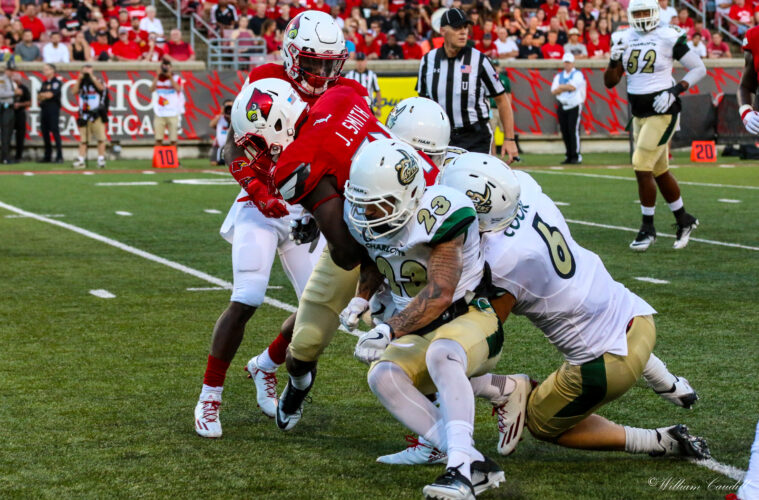 The start of a new college football season means it is time to put the formula’s back to work, trying to discern just how well Louisville played. Obviously this was a “tune-up” game for the Cards but I thought that we were still some things to be learned. Before we dive into the data please keep one thing in mind: Charlotte’s S&P+ numbers were from the end of 2015 so there likely was some sort of improvement from then until now with so many players returning. Also, Louisville’s starters only played for 1 half and that half was very vanilla as far as play-calling is concerned. With all those factors considered the offensive numbers as you can see were quite good, falling just behind the Texas A&M performance. If Louisville is able to do this while playing walk-ons etc. I think that is a great sign going forward.

Defensively, the numbers indicate Louisville performing very poorly but again with only 1/2 of play for the starters these numbers will be skewed. With that being said, I think there is room to improve especially when it comes to stopping the run. 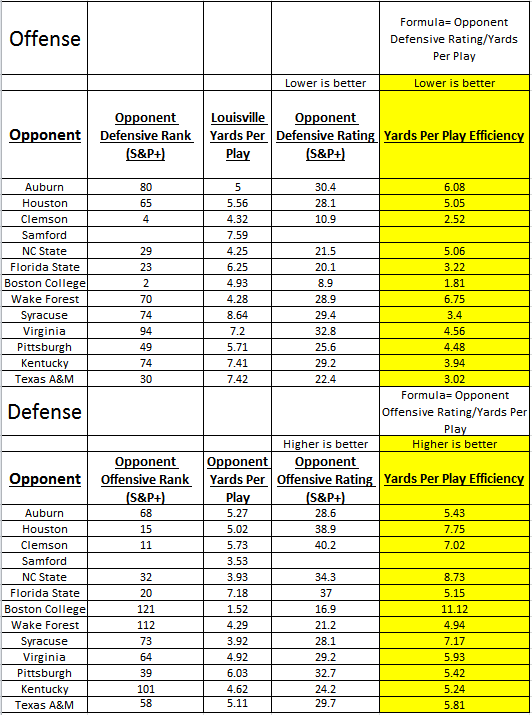 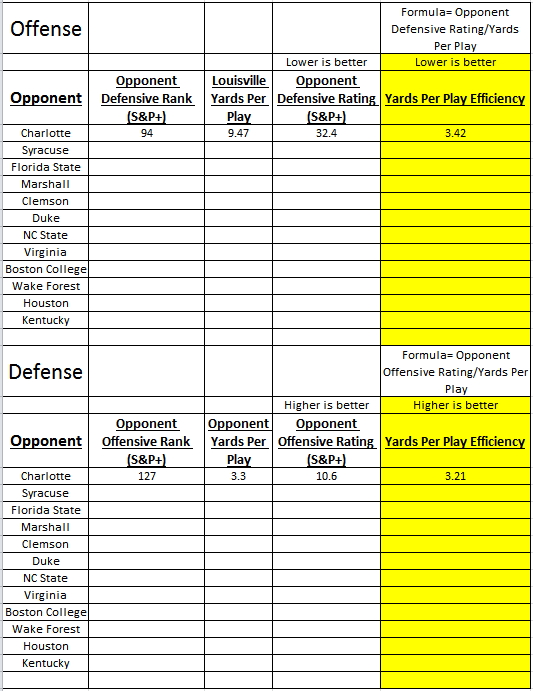 For fun, I also used data exclusively from the first half of Charlotte (when the starters played) and plugged that into the equation which gave us the following. As you can see the offensive performance was very good, while the defensive performance still shows as being sub-par. I would not put a ton of stock into either one of these as it is still tough to measure against a team like Charlotte. Once we get games against Syracuse and FSU under our belt we will be able to better see how the team is actually performing.

Offense (Charlotte first half only):

Defense (Charlotte first half only):