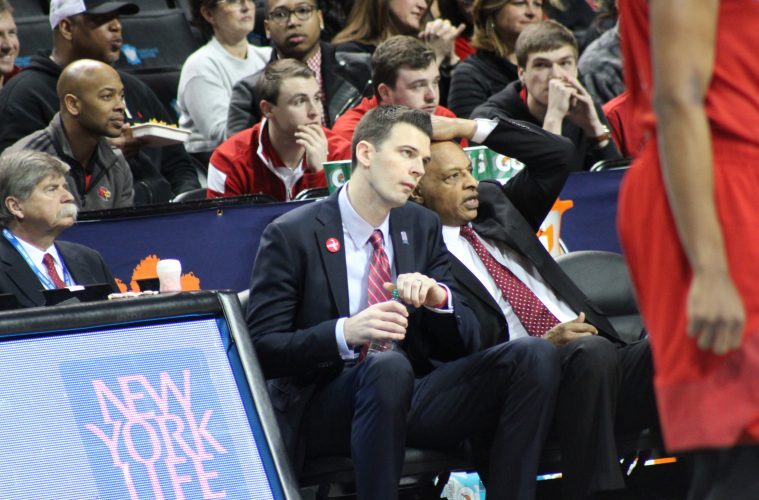 Louisville Not Invited to the NCAA Tournament

The University of Lousiville Men’s Basketball program was not invited to the 2018 NCAA Tournament. The field of 68 was announced on Sunday evening on TBS and prior to the pairings Lousiville was left out. The Cards will await the 8:30 NIT Selection Show on ESPNU to establish who/where/when the UofL will play next.

It’s well documented that the Cards lost their head coach Rick Pitino & most of its coaching staff the week that practice began. Interim coach and former player, 32 (now 33) year old David Padgett took over his alma mater on short notice and began practicing without assistants. Weeks later Padgett’s staff was in place and the Cards put together a really impressive start of the season with really close losses to NCAA Tournament teams Purdue (#2 seed) & Seton Hall (#8 seed) at the buzzer.

Louisville didn’t lose a game to a team NOT in the NCAA Tournament during the 2017-18 season. But UofL was a team without a Top 50 RPI win. A team without any bad losses is GOOD. But you still need quality wins. The Card did have four wins against teams IN the tournament but it was just against two teams (by seed):

In the end, not enough quality wins and the program can probably point to one or two games that cost them inclusion into the tournament. We will await 8:30 on ESPNU.