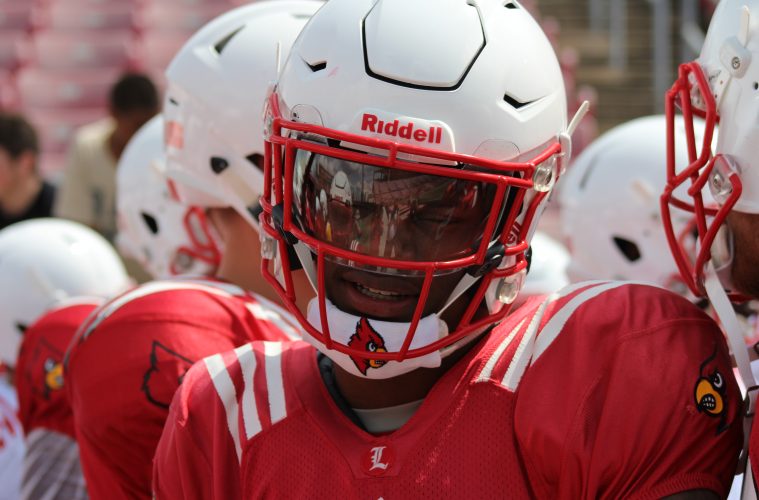 While it did not have the ending that most fans would have liked to see, in retrospect, the 2016 season was a spectacular campaign for the Louisville Football program. The Cards cracked the top 5 for almost half of the season, getting as high as #3 for just the second time in school history. They hosted College GameDay for the first time in program history and took full advantage of it, as well as being featured on College GameDay the very next week. Once the season ended, stadium expansion finally broke ground, and the efforts to make Papa John’s Cardinal Stadium and the Schnellenberger Complex top tier football facilities were well underway.

However, let’s not forget the main reason why 2016 was so special. Lamar Jackson. The electric sophomore quarterback took the college football world by storm. His 51 total touchdowns set a new ACC record, was also good for 4th best in NCAA history, and his 4,928 total yards set a new Louisville record. He was the third person to join the 30 passing TD, 20 rushing TD club (Tim Tebow, Cam Newton), and the only one to do it in the course of the regular season. But the cornerstone of Lamar Jackson’s amazing season, was capping off the college football awards season by winning the prestigious Heisman Trophy, becoming the first player in Louisville history to do so.

With all the stats and accolades that Lamar Jackson accumulated in 2016, one would think that this would be enough for the national college football media to take note and keep an eye on Louisville Football for 2017. Or at least give them a little bit of respect in the preseason.

Well, not exactly. This is Louisville Athletics we’re talking about. We’ve become accustomed to not getting the respect we feel that we’ve earned. You know what they say: the more things change, the more they stay the same. Or to put it more bluntly:

Earlier this week, the first AP Top 25 came out with Louisville landing firmly at #17. I get it, we ended the season on a three game skid, with two of those games being blowouts. Even with the Heisman winner, I personally think that #17 is somewhat justifiable. Although with all the improvements in the coaching staff and roster that Louisville saw in the offseason, I believe they deserved at least #15. But let’s move on from that. Surely the most electric player in college football is getting some love, right?

Here are the top 5 college football players going into the 2017 season according to our experts.

ESPN’s picks for the top 5 players in all of college football doesn’t include Lamar? The reigning Heisman Trophy & Maxwell Award winner and Walter Camp Player of the Year? Not to discredit Derwin James, but we haven’t seen him on the field that much due to injury. Baker Mayfield at #3? I know Baker got an invite to New York last year, but you know who else did? Lamar. Plus losing a safety valve like Dede Westbrook to the NFL will probably cause Mayfield to see a dip in production this year. Derrius Guice? It doesn’t help that he took advantage of 3rd and Grantham last year, so I guarantee that helped get the hype train going for him.

Alright, so they don’t think he’s a top 5 player in college football. What about a top 5 QB?

You gotta be kidding me.

I get that it’s hard to win the Heisman and it’s even harder to repeat, but the disrespect he’s getting is a tad ridiculous. Fortunately for Lamar, he doesn’t take the disrespect personally. In an interview with the media following a practice, he actually said “I wasn’t on the list last year either”. To me, this sounds like he’s using it as motivation. I’m excited to see how he makes all these so-called “experts” look foolish.