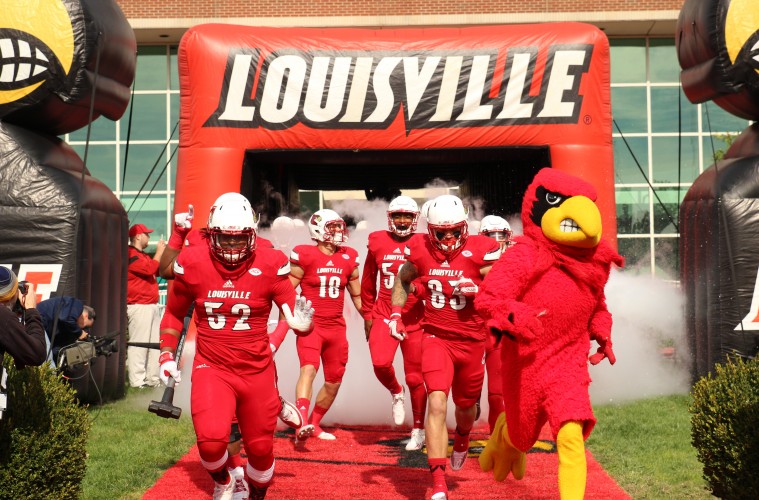 We are back for another Louisville football recruiting question and answer session as we have officially started fall camp. As always, I appreciate the questions that have been sent in. Feel free to keep submitting questions and I will try to answer them!

@cpersonTCZ What’re the chances Boykin will come to Louisville after JUCO?

Answer: I think the chance of landing Boykin after JUCO is fairly low. I am still not sure the exact reason as to why he was not able to attend Louisville this fall but the first guess would be something on the academic side. With that being said, I was told by someone very close to the situation that he may not play football again. I don’t know how likely that is to happen but with all of those factors I would say he probably will never suit up for Louisville.

Are we banking on a Collin Wilson commit?If not,what is option #1A?In good shape with any new big D linemen? https://t.co/sioN7y9Uix

Answer: I think that Colin Wilson is definitely the top priority for the staff and it appears they have at least a good shot to land him just from the little pieces of info that I have gathered. One interesting thing I was told from someone close to the program was that running back recruiting is in a “wait and see” situation. I take this as that besides Wilson the staff hasn’t zeroed in on others but rather has several different possibilities. At this point I think Michael Warren and Makel Young seem to be on hold as Warren has not received an offer and Young’s offer isn’t commitable right now. One running back to keep an eye on is West Virginia commit Alec Sinkfield, a 5’10” 190lb speedster. Am told to “not count Louisville out” for him. Also, I would not count Jamari Peacock out as a possibility. I’ll try to update his recruitment soon.

Regarding defensive lineman, at this point there aren’t too many names that have surfaced but two to keep an eye on would be DT Ben Hutch and DE Stephon Zayas. I think Louisville is in a very good position with both.

Any surprise recruits that the staff has been building relationships with?Chances of landing Russ Yeast? https://t.co/sioN7y9Uix

Answer: There are a couple highly rated recruits that the staff is after and think they have a possibility of landing: Gary Johnson (JUCO linebacker committed to Alabama), Alec Sinkfield (RB committed to WVU as mentioned above), Mike Harley (WR committed to WVU), and Leroy Henley (WR).

Regarding Russ Yeast, when Tre Norwood committed to Louisville he told me that the staff was taking “1 more and maybe 2” defensive backs, so it is my assumption one of these spots is saved for Yeast. I was told by someone close to his recruitment that it appears to be a 2 team race between Auburn and Louisville at this point, despite his recent offer from Alabama.

@cpersonTCZ who do you see rounding out our last 6-7 remaining scholarships?

Answer: I will answer this by providing a list of guys I think bear watching as it is tough to tell how many at what positions the staff will take. These are the guys I would keep a very close eye on (hopefully I don’t leave anyone out):

@cpersonTCZ in your opinion what’s the reason for the discrepancy in RB Mike Warren’s offer sheet vs star ranking?

Answer: This is by far one of the toughest questions to answer. When I watch his film, I see a dynamic running back with good speed that is definitely deserving of being a 4 star. Coach Petrino and staff have had a chance to put him through the gauntlet and have not (as of yet) given him an offer, so there must be some reason unless there is just a delay in getting the offer out. Does he block well? Can he catch the ball out of the backfield? Is he a good fit for Petrino’s offense? These would be some questions I have, not because I doubt him, but because I honestly don’t know.