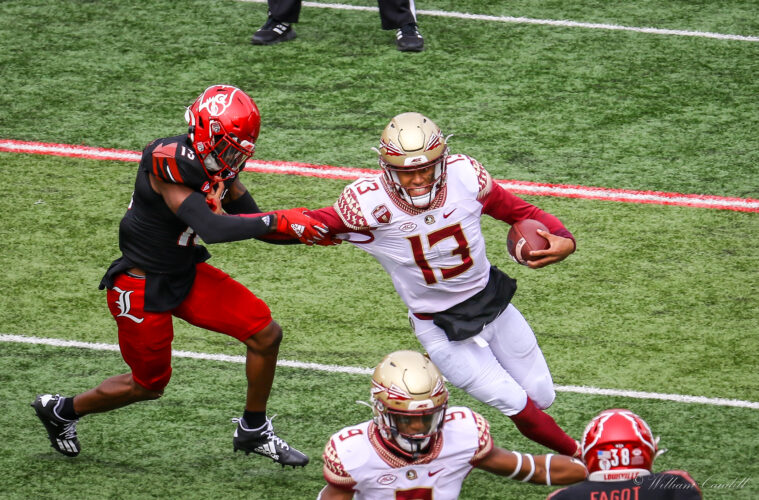 University of Louisville cornerback Kei’Trel Clark has been named to the watch list for the Paycom Jim Thorpe Award that goes to the nation’s best defensive back.

This summer’s list from The Oklahoma Sports Hall of Fame and Jim Thorpe Association includes 35 of the nation’s best defensive backs.

A two-time All-Atlantic Coast Conference performer, Clark appeared in eight games before suffering a season-ending injury. The Richmond, Va., native registered 40 tackles and led the squad with three interceptions. He picked off a pair of passes in a 30-3 win over Eastern Kentucky and one versus Florida State.

As a sophomore in 2020, he closed the year with 36 tackles and was ranked second in the ACC and 12th nationally with 11 passes defensed.

Heading into the 2022 season, Clark has four career interceptions, and 25 pass break-ups.