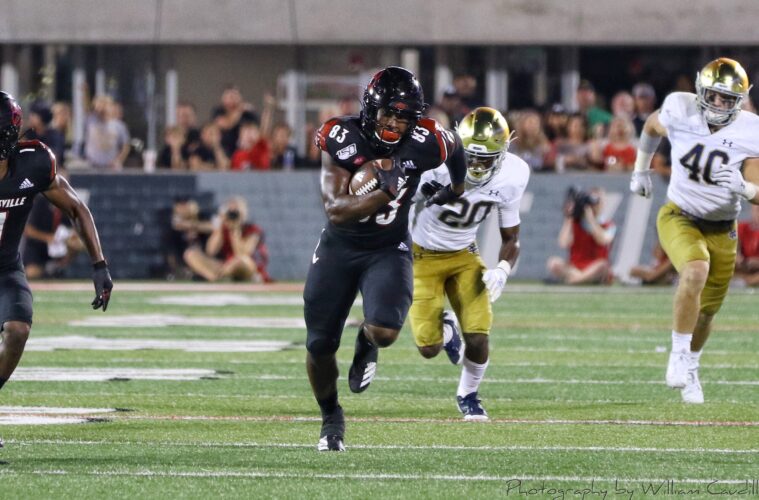 University of Louisville tight end Marshon Ford was named to the preseason watch list for 2022 John Mackey Award, the organization announced on Friday.

Given annually to the most outstanding collegiate tight end, the award recipient is selected by vote of the John Mackey Award Selection Committee.

Ford is set for his fourth year as a starter at tight end for the Cardinals, recording 94 receptions for 1,151 and 15 touchdowns.

The Louisville, Ky., native played in 13 games at tight end games last year. A third team All-Atlantic Coast Conference performer, Ford led the team with 49 receptions for 550 yards and a pair of touchdowns.

He topped the league for receptions by a tight end and recorded seven games with four or more receptions. The redshirt junior recorded a career best eight receptions for 100 yards in a 42-35 win over UCF.

In 2020, Ford closed the season with 25 catches for 309 yards and six scores and caught a career best seven scores as a freshman in 2019.

The John Mackey Award is a member of the National College Football Awards Association (NCFAA) which encompasses the most prestigious awards in college football. The 25 awards boast 800 recipients, dating to 1935.