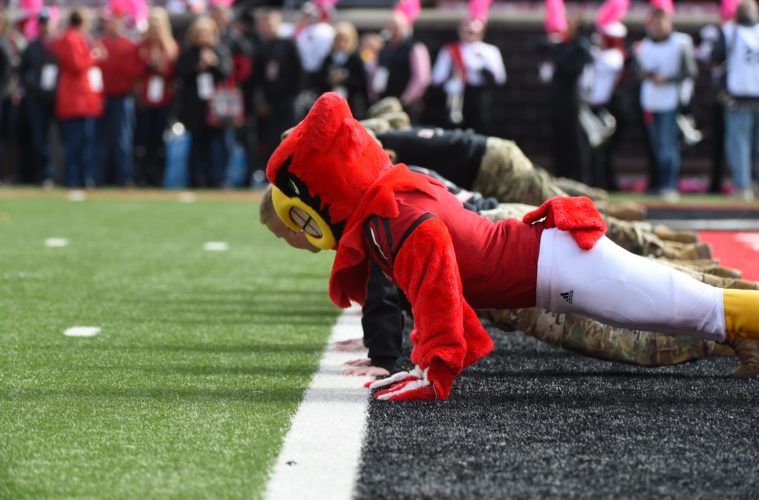 This weekend was a big weekend for Louisville football as they hosted several key commitments as well as several key uncommitted recruits. A few of these recruits spoke to us about how their visits went and overall it sounds like there were a lot of positives that came from the weekend.

Louisville commit Seth Dawkins was one who really enjoyed their visit stating “It was great, everything I expected and more. The city is beautiful and people are cool.” During his visit Dawkins said they were able to watch the team practice and were able to go out with the other commits to spend some time together. He also had the opportunity to meet with the Louisville coaches who envision Dawkins as an outside receiver as well as possibly a returner. When asked what made him want to come to Louisville, Dawkins stated “City, conference, location and the people are genuinely nice. I like the area too.”

Another recruit who came to Louisville on his official visit, Robbie Bell also echoed Dawkins’ statements of a positive visit saying “It was great! Just getting to look around town at the city and hanging with some of the guys, that was really fun.” Bell stated that the coaches were split on where he would play saying he could play center, backside guard, or even tackle. This versatility will give the coaching staff the ability to plug Bell into not only a position of need, but a position he is best suited for. The coaching staff made it clear to Bell that they wanted him to come in and fight for a spot immediately, whatever spot that ends up being. Bell also gave some excellent insight into why he chose Louisville and is excited to play here “When coaches say they are going to win a championship, sometimes you can tell whether they truly mean it or not. Every coach on this staff says it and you can tell they believe it wholeheartedly.” Bell also added that “I think Petrino and coach K (Klenakis) can help me get my degree in 3 years and go on to play in the NFL one day.”

Quarterback commit Tylin Oden also stated he had a great visit during his time here while being hosted by Reggie Bonnafon. Despite this great visit, Oden stated that his commitment was not solid and that he was “keeping his options open.”

We will post up any more visit updates as they come our way!