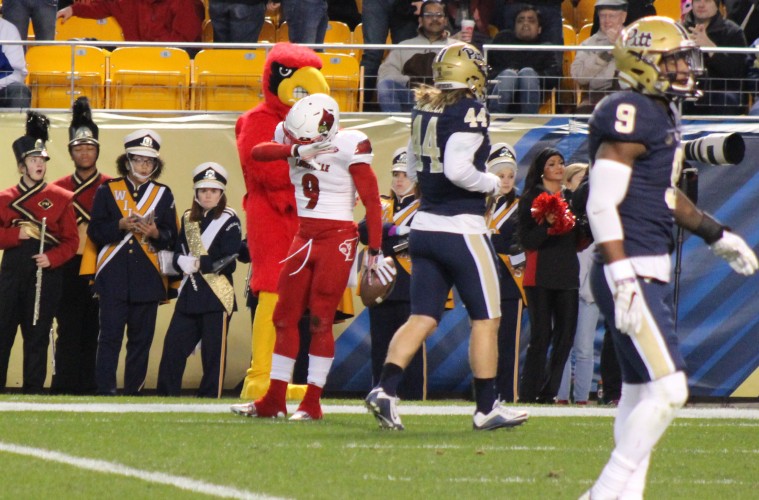 The Cards took a step back on Saturday losing to Pitt but it may not have hurts its bowl profile too much.    The Cards may end up “OK” and will certainly appear in a bowl game in to end the 2015 season.  But which one?

At 6-5 and heading into the Kentucky game the Cards have just one more chance to improve its value to the various bowl committees.

Louisville’s Bowl Projections still vary widely.  We won’t get a lot of clarity after this weekend but UofL certainly needs to beat Kentucky in order to set it apart from the rest of the ACC pack.  Another loss and Louisville could slip down to the Tier 2 level of bowls.

Additionally, where the Cards get slotted greatly depends on how well Clemson, Notre Dame, Florida State, and North Carolina finish out the season.

Fans have voiced their desire to avoid the 12/26 bowl date, the day after Christmas and the same day that UofL and UK will play in Rupp Arena at Noon.  Louisville has an outside shot at the Music City spot, but the Gator Bowl is likely now off the table.   The biggest question now is whether or not Clemson can win the ACC Championship over North Carolina and make the College Football Playoff.  If the Tigers fall the ACC could be left out of the Final 4 and it would force a re-shuffle of everyone’s projections and slide each ACC team down a slot. Also Louisville should be rooting quite heavily for Notre Dame this weekend vs. Stanford so that the Irish remain in the New Year’s 6.

Personally I don’t see UofL as a Tier 2 bowl team in the ACC in 2015 but there is a lot left to be determined.  Below are the bowl game tie-ins for the ACC and how the are selected.  In parentheses are my best guesses for each game and I’ve added my rationale for each stage in the selection process.

My Reasoning: Clemson has South Carolina this week (who is now on its 2nd interim coach) and will meet UNC in the ACC Championship game in Charlotte.  The more I watch UNC the more I think the Heels could pull the upset, but I haven’t changed my pick yet.  If UNC does pull the upset the ACC could potentially get North Carolina, Clemson, and FSU in the New Year’s Six but that’s a contingency too far ahead of itself and Florida State also needs to take down Florida to make that argument stick as well.  For now I’ll say UNC falls in the title game and goes to Orlando.

My Reasoning: NC State is due for a loss this week vs. North Carolina and will finish 7-5.  Pitt is going to beat Miami and the Panthers will finish 9-3 and the Canes 7-5.  Duke will end its 4 game slide vs. Wake Forest to close the season 7-5.  Louisville needs to beat Kentucky in order to be in the 7 win club or it will be out of the Tier 1…..and may be out already.  The wild card here is the sentimental factor with Frank Beamer and the Virginia Tech Hokies.  VT needs to beat UVA to get to 6 wins and if they do, the ACC & bowls could lobby for special inclusion or priority.

Pitt at 9-3 is very deserving of a big time bowl and a preferred spot for its fans.  I don’t think the Gator Bowl will select an ACC team this year, but they could definitely elect to take the Panthers at 9-3.  But ultimately I think Pitt goes to the Pinstripe after the Gator Bowl passes on the ACC this year and the Yankee Stadium game provides a 6 hour drive from the Steel City as opposed to the 7 hour drive to Charlotte.  Pitt could easily be in Pinstripe, Belk, Gator or Music City but I’m going Pinstripe for now.

Miami has almost no travel appeal to any of the destinations so I think they’ll go Sun Bowl simply because no fanbase in the ACC is going to send a huge number there anyway. The league is more likely to reward NC State with the Belk Bowl over Duke because of how Duke has finished the season and Louisville & Nashville make too much sense if the Cards can beat Kentucky this week.  This is a projection from me, Pitt’s destination changes all of this because the Gator Bowl could easily select them and take Music City off the table.

My Reasoning:  Personally I think UVA will beat VT this weekend and the Hokies will finish 5-7.  But 5-7 teams are now making bowl games in 2015 with too many bowls these days.  Duke is likely to fall out of Tier 2 with the way they have finished the year but they will be a team with a qualifying bowl record and will probably play close to home in Annapolis, MD sending Virginia Tech to Detroit.