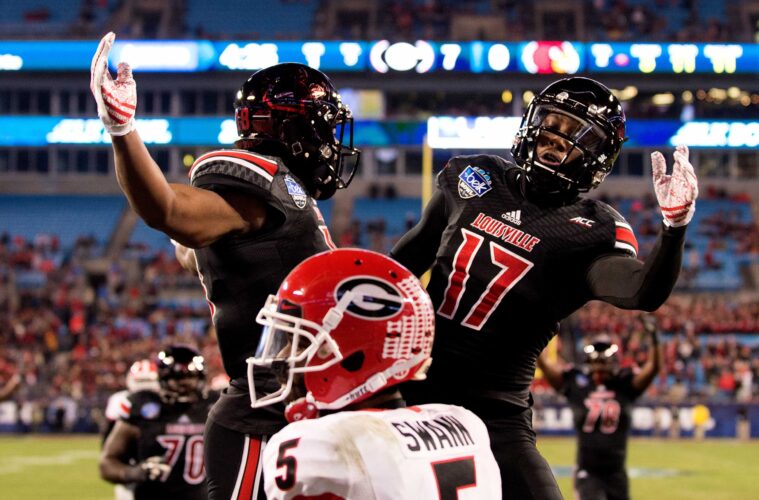 Louisville Football Agrees to Series with Georgia in 2026, 2027

The University of Louisville and Georgia have agreed to a home-and-home football series for the 2026 and 2027 seasons, UofL Vice-President/Director of Athletics Vince Tyra announced Wednesday.

The Cardinals will host the Bulldogs on Sept. 19, 2026, marking the first visit Louisville. The Cardinals travel to Athens for a non-conference game on Sept. 18, 2027.

“We’re excited to host a tradition rich program like Georgia in Cardinal Stadium in 2026, which is a tribute to our football program and exciting for our fan base,” Tyra said. “In addition, the opportunity to play “between the hedges” in one of the best environments in college football is a great addition to our away schedule in 2027.”

The two teams have met on one occasion in the 2014 Belk Bowl. Georgia’s Nick Chubb rushed for 266 yards and two scores as the 13th-ranked Bulldogs defeated the 20th-ranked Cardinals 37-14 in Charlotte.

The Georgia series adds to an exciting non-conference slate in upcoming seasons. In addition to hosting the Aggies in 2029, Louisville is set to host UCF this season, Notre Dame in 2023 and Indiana in 2024.