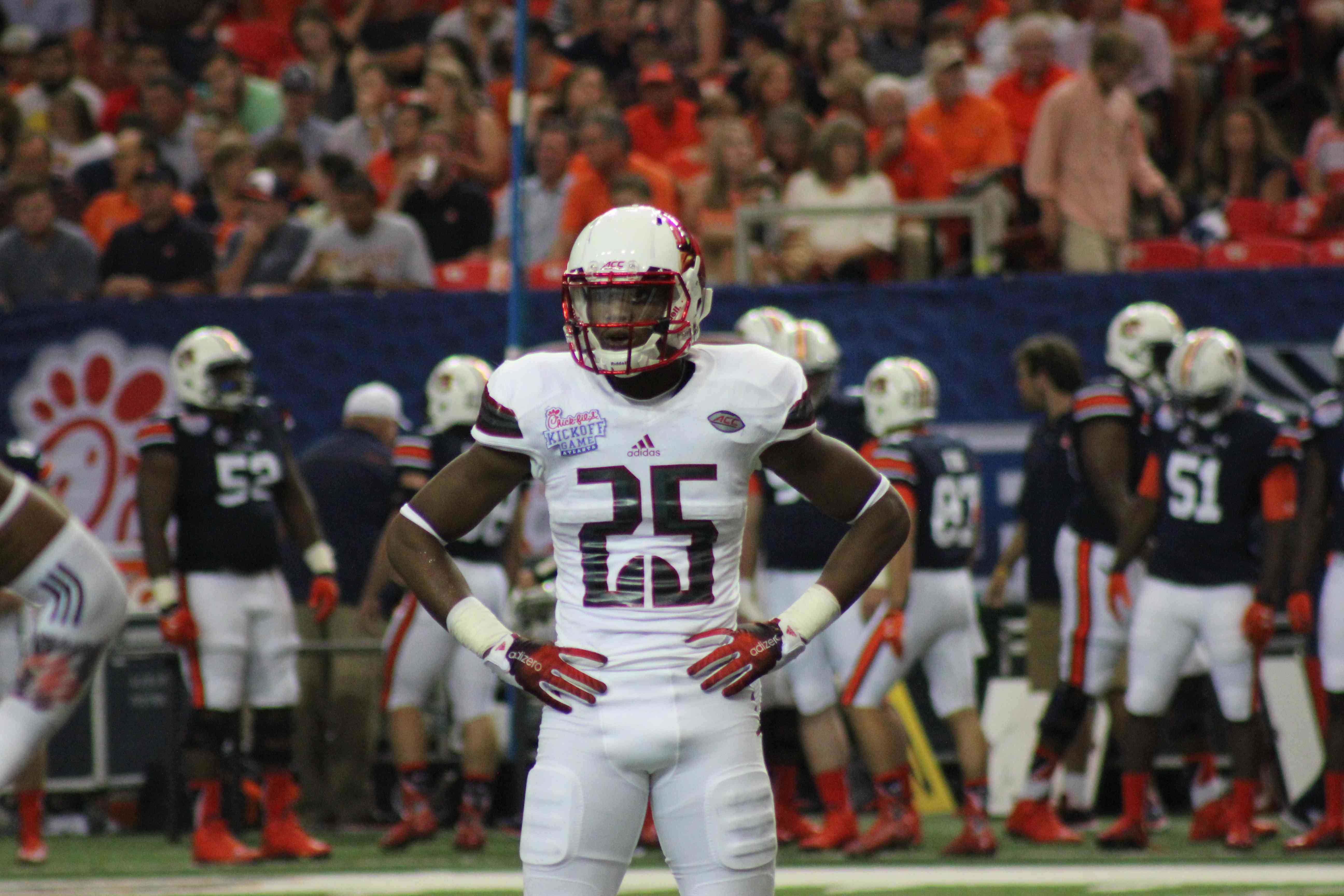 On the first weekend after Louisville’s regular season had ended the Cards hosted five official visitors including DB commit Lyndarious Strange. During the 3-star prospect’s visit he had the opportunity to meet with coaches and discuss not only his expected role in the defense, but also being able to enroll early.

“We talked about me being able to play all DB positions” Strange said “We [also] talked about the advantage of me coming in early”.

The 6’3″ 190lbs prospect out of North Florida Christian said he is able to play cornerback, safety, nickel, and the star position that Josh Harvey-Clemons has spent significant time in “I played all those positions this year because we had a lot of team injuries” Strange stated, although he did mention that corner or free safety is ultimately where he believes he will end up.

Rated the #81 safety by 247Sports, the Tallahassee, Florida prospect feels like he is a good fit for the Cardinals’ defense and is excited to step in and contribute “[I like] how they let their safeties cover and how the safeties can control the outcome of the game.” Strange said.

Despite the two losses to Houston and Kentucky at end the season, Strange said that the coaching staff still seemed positive going forward “They were disappointed about the end of the season but looking forward to bringing the Heisman to the Ville and getting ready for the bowl game.”

With the loss of starting safety Josh Harvey-Clemons, Louisville is looking for some immediate help at that position. Strange, who is expected to be in Louisville on January 6th and move in on the 7th, hopes this extra time will ensure his name is in consideration for replacing the former 5-star and seeing the field early.