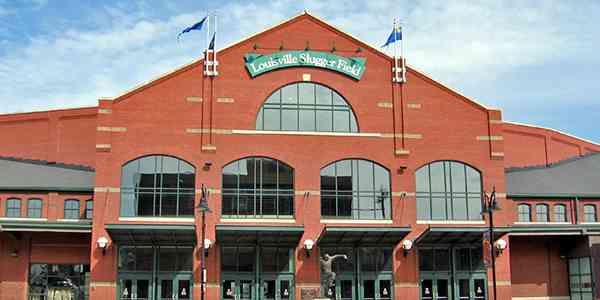 Louisville Slugger Field will play host to the 2017 Atlantic Coast Conference Baseball Championship for the first time in stadium history from Tuesday, May 23 – Sunday, May 28. Game times and ticket information will be available at a later date.

The ACC Baseball Championship has been played since 1973 and will be played in the state of Kentucky and city of Louisville for the first time. The University of Louisville, which joined the ACC for baseball beginning in the 2015 season, will be the host school of the tournament.

“We are thrilled to host to the ACC Tournament at Louisville Slugger Field in 2017,” said Louisville Bats President Gary Ulmer. “We would like to thank the Atlantic Coast Conference for choosing our venue; this is a huge win for our community.”

The 2017 tournament will feature the top 10 ACC teams with two games on May 23, followed by three games per day Wednesday through Saturday, May 24-27, in a round-robin format. The championship game will be played between the two pool winners on Sunday, May 28.

In 2016, the ACC set a conference record and tied the all-time mark with 10 teams in the NCAA Championship field, including three national seeds.

The Atlantic Coast Conference has selected host locales and venues for eight of its 2016-17 league championships.
Championship sites and dates announced on Tuesday are as follows and include several date changes from the original schedule released in July:
With the exception of the Georgia Tech Aquatics Center, each of the sites announced on Tuesday will be hosting an ACC Championship for the first time. Georgia Tech welcomed the ACC Swimming and Diving Championships most recently in 2015 and also served as the host school for the events in 2005, 2008 and 2011.
Charleston’s 5,100-seat MUSC Health Stadium is now the host site for both the ACC women’s and men’s soccer title games. The stadium will first play host to the ACC Women’s Soccer Championship semifinals and finals on Nov. 4 and 6, with the field consisting of the four teams that advance from quarterfinal matches on campus sites the previous weekend. This will mark the second year that the ACC Women’s Soccer Championship is held in the state of South Carolina and the first since Clemson hosted the event in 1996.
The 2016 ACC Men’s Soccer Championship, which will feature first-round games, quarterfinals and semifinals at campus sites, will bring its championship match to Charleston on Sunday, Nov. 13.
Women’s Soccer Championship tickets are priced at $10 for both Friday’s two-game semifinal session and Sunday’s final. Fans may also purchase a $20 ticket that will grant admission to the women’s semifinals and both the women’s and men’s championship games.  Youth (18 and under) will be admitted free, as well as any ACC student showing a valid school ID.  Please see the following link: http://theacc.co/soc16tix for more information.
Both ACC Golf Championships are relocating to courses affiliated with McConnell Golf, which owns 14 courses in the Carolinas and Tennessee, and has previously welcomed the conference at two of its other facilities.
Opened July 29, 2016, the Rome Tennis Center at Berry College is the nation’s largest single-surface facility with over 50 courts across 30 acres. This city-owned facility was built on property donated by Berry College and is located less than one mile from the main campus.
Louisville Slugger Field, which opened in 2000, boasts a seating capacity of 13,131. Home to the Louisville Bats’ minor league team, the stadium played host to the 2008 Triple-A All-Star Game and features 32 private suites in addition to second-level club seating.
The unveiling of the new championship sites follows last week’s announcement that the Dr Pepper ACC Football Championship Game will be played Dec. 3 at Orlando’s Camping World Stadium. Eight states within the ACC footprint are now scheduled to host at least one conference championship in 2016-17.
The ACC will announce additional details, including ticket information for all championships, at a future date. Please continue to check theACC.com.
The following two tabs change content below.