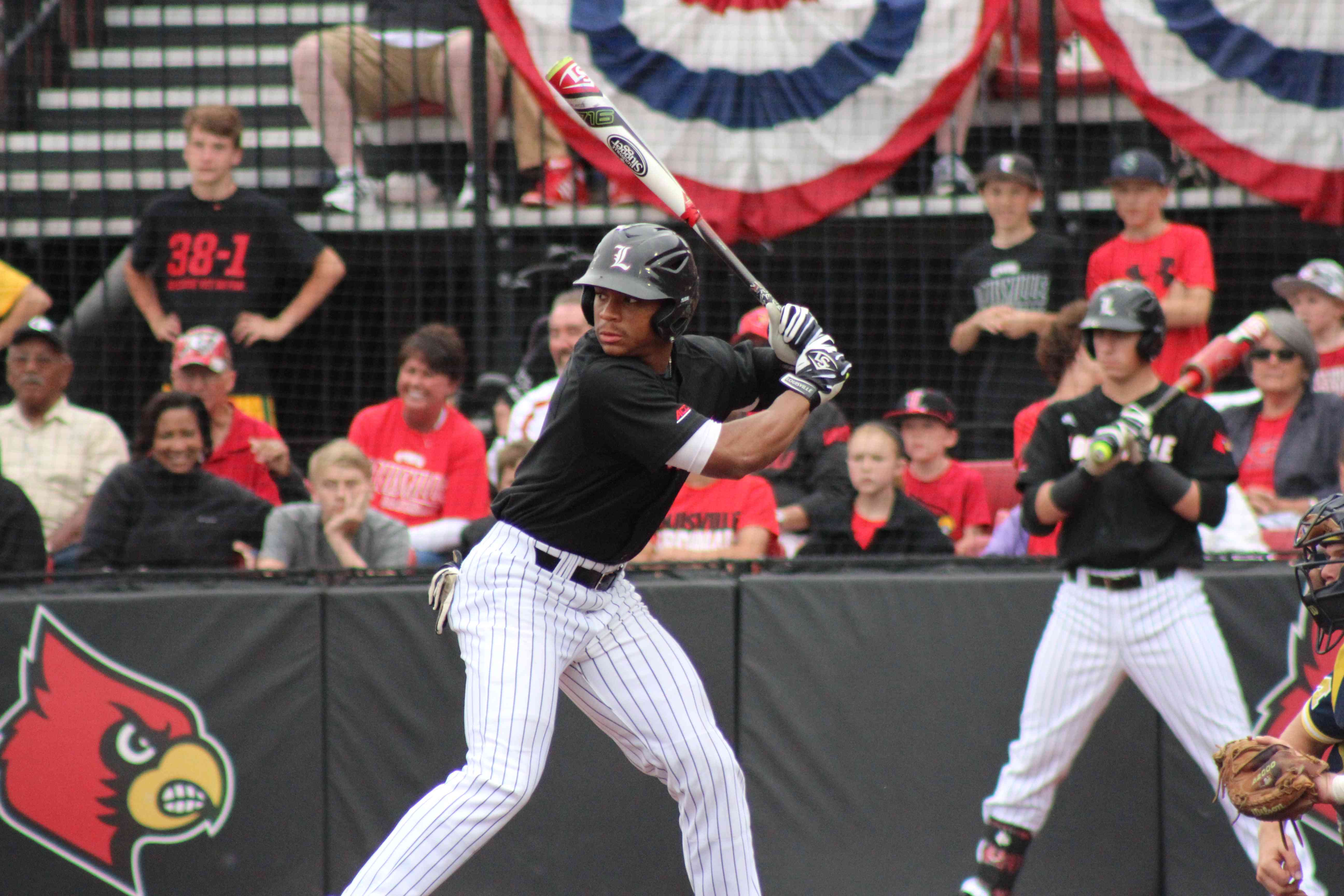 *Due to expected inclement weather, the Louisville baseball team will play a doubleheader against Notre Dame TODAY (Friday, March 11) at 3 p.m., ET at Jim Patterson Stadium. Game three of the weekend series is set for Saturday at 1 p.m., and admission is free throughout the weekend.*

The No. 4 Louisville baseball team begins its 30-game Atlantic Coast Conference schedule with a weekend series against Notre Dame, which opens Friday at 3 p.m., ET at Jim Patterson Stadium. Due to expected inclement weather, the teams will play a doubleheader on Friday. The Cardinals and Fighting Irish will conclude the series on Saturday at 1 p.m., and admission is free throughout the weekend. All three games will be televised by ESPN3, while radio coverage will be provided through TuneIn.com on Friday and 93.9 The Ville on Saturday. Live stats for all Louisville baseball games are available at GoCards.com.

Ranked No. 4 in the Baseball America and Collegiate Baseball newspaper polls for the second consecutive week, Louisville is riding a season-high five-game winning streak. Offensively, the Cardinals have scored nine or more runs eight times this season and are ranked No. 8 nationally with a .340 team batting average. On the mound, Louisville has three shutouts while allowing two or fewer earned runs in eight of its 12 outings. The pitching staff is ranked 14th nationally with a team ERA of 2.21 and opposing teams are hitting just .175.

ABOUT THE FIGHTING IRISH
Notre Dame enters the weekend at 6-5 overall after splitting four games at last weekend’s USA Baseball-Irish Classic. Led by sixth year head coach Mik Aoki, the Fighting Irish have played in a pair of tournaments and dropped the only weekend series losing two of three at Santa Clara on Feb. 19-21. Last year, Notre Dame was 37-23 overall and 17-13 in the ACC. They earned an at-large invitation to the NCAA Championship and was 1-2 in the NCAA Champaign Regional.

SERIES HISTORY
Louisville holds a 19-8 advantage in the all-time series with Notre Dame, which dates back to a single game in 1922. The Cardinals have won six straight games against the Fighting Irish, including a series sweep in South Bend last season. Louisville has earned four straight series victories against Notre Dame.

TEAM NOTES AND TRENDS
• Collectively, the Cardinals are hitting .340 with six players hitting .333 or better while starting at least 11 games.
• Louisville has won 149 straight games when entering the ninth inning with a lead dating back to May 2012. The Cardinals were 43-0 last season and 46-0 in 2013 when leading after the eighth.
• The Cardinals are 29-of-31 on stolen bases this season (third nationally) continuing the aggressive approach from head coach Dan McDonnell. Louisville was fourth nationally with 127 stolen bases last season, second in the nation in 2014 with 133 and second in 2013 with 150.
• Conversely, Louisville’s opponents are just 3-for-9 on stolen bases this season as Will Smith has allowed just one in five attempts.
• Louisville has allowed two or fewer earned runs in eight of 12 game this season, a feat achieved in 36 of 65 games last season. In 2014, they did it in 40 of 67 games, while in 2013, they accomplished the task in 36 of 65 games.
• The Cardinals are No.1 in the nation in hits allowed per 9 IP surrendering just 5.43.
• Through the 65-game season in 2015, the Louisville bullpen had a 1.82 ERA with a 22-2 record, 229 strikeouts to just 97 walks in 222.0 innings and opposing batters hit only .175.
• From March 21 to April 10 of last season, the Cardinals played 83 consecutive innings against ACC opponents without trailing.

PLAYER NOTES AND TRENDS
• Blake Tiberi has hit safely in all 12 games this season, including eight multi-hit performances. Devin Hairston, Corey Ray, Danny Rosenbaum and Nick Solak have reached base safely in all 12 games this season.
• Tiberi also leads the Cardinals with five multiple-RBI games this season.
• Ray leads the nation with 16 stolen bases (on 17 attempts), ranks third nationally (with Solak) with 19 runs scored, eighth in total bases (41) and 10th in home runs (five).
• Nine of Ray’s 16 career home runs have either tied the score or given Louisville a lead.
• Ray was named ACC Player of the Week on Feb. 22 after hitting .667 (6-for-9) with two home runs, seven RBI, nine runs scored and was 6-for-6 on stolen bases in three games against SIU Edwardsville.
• Kyle Funkhouser continues his climb up Louisville’s career pitching charts ranking second in wins (28), second in strikeouts (302), third in starts (44) and fourth in innings pitched (303.0). He also holds the school record for single season wins with 13 in 2014.
• Brendan McKay has recorded eight strikeouts in each of his first three starts this season and finished with eight or more strikeouts 10 times in his young career.
• In 14 career appearances on the mound at home (including nine starts), McKay is 9-0 with four saves, a 1.10 ERA and 79 strikeouts in 65.0 innings pitched.
• Solak set a school record for walks in a single game earning five free passes in Louisville’s 12-0 win over SIUE on Feb. 20. This season, Solak has 14 walks and a team-leading .561 on-base percentage.
• Solak has hit safely in 10 straight games and has reached base safely in 24 straight games dating back to last season.
• Lincoln Henzman led the Louisville pitchers in appearances last season (28) and that trend has continued in 2016 with five scoreless relief outings. The righty has one save with six strikeouts, no walks and just two hits in 6.0 innings this season.