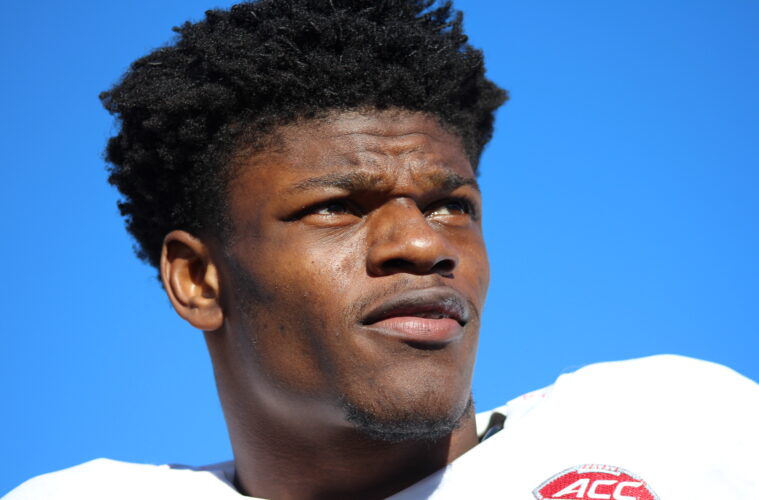 University of Louisville sophomore quarterback Lamar Jackson is one of 18 semifinalists for the 2016 Davey O’Brien National Quarterback Award, given to the nation’s top quarterback.

In his first season as the Cardinals’ full-time starter, Jackson has put up eye-popping numbers in the first nine games – guiding the Cards to an 8-1 record. The 6-foot-3 signal caller leads the country with 45 touchdowns responsible for this season – accounting for a national-best 19 rushing touchdowns and 26 passing scores.

He has accounted for seven or more touchdowns in three games, including an ACC record eight in Louisville’s season-opening win versus Charlotte on Sept. 1. Last week, Jackson was responsible for seven scores – four passing and three rushing – in Louisville’s 52-7 win over Boston College.

Jackson, who became the first quarterback to rush for 1,000 yards in a season, ranks sixth nationally with 1,181 yards, while passing for 2,753 yards. Ranking second nationally in total offense at 437.1 yards per game, Jackson has five 100-yards rushing games and four 300-yard passing games in helping the Cards lead the nation in total offense (593.1) and scoring offense (50.2).

More than 16 names appear on the semifinalist list, however, only 16 will be eligible to win the Davey O’Brien Award. Kelly and Knight were voted into the semifinalist group, but will miss the remainder of the season because of injury. Foundation guidelines allow for an injured player to be honored as a semifinalist and the quarterback with the next highest vote total also included.

Several quarterbacks with strong ties to the award are among the honorees. Watson was the 2015 Davey O’Brien Award winner, while Mayfield was a finalist a year ago. In addition to those two players, Falk, Mahomes and Ward are semifinalists for the second consecutive year.

Of the nominees, 10 were named to the preseason watch list in July. In addition, 17 members of the group combined to earn Davey O’Brien “Great 8” weekly honors a total of 53 times this season. Seven went on to collect National Quarterback of the Week accolades from the Davey O’Brien Foundation.