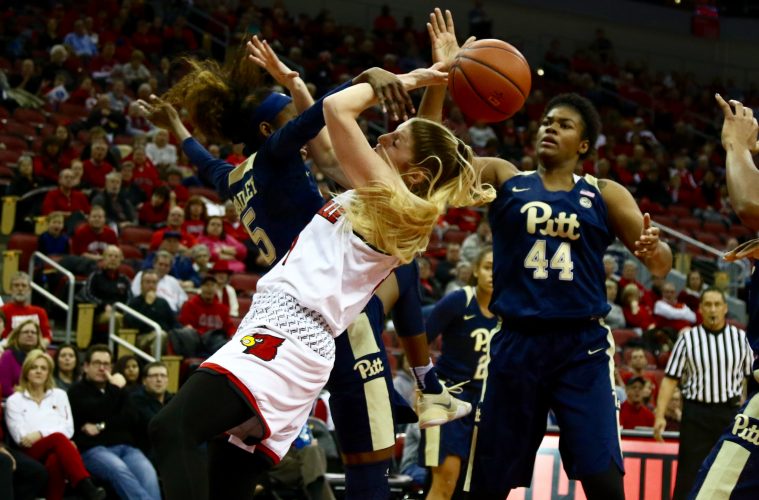 With the win, Louisville improves to 8-0 on the season. It marks the second straight season that they have won their first eight games.

Louisville took their first lead at 6-4 on Asia Durr’s pull-up jumper and never trailed the rest of the way.

Tennessee State opened the second quarter on an 8-0 run to cut the Cardinals’ lead to four at 29-25. Louisville put a stop to the run and the momentum, only allowing two layups and two free throws for the final six minutes and took a 49-31 lead into the half.

Lindsey Duvall had a season-high scoring night, contributing six of her nine points in the third quarter to help widen the gap to 86-44.

Jessica Laemmle scored her first points of the season, sinking a three-pointer in the fourth quarter as the Cardinals sealed the victory.

Durr led the Cardinals in scoring for the sixth time this season with 19 points, while Evans scored 17 points to set a new career high. Jazmine Jones and Bionca Dunham also scored in double-digits for Louisville, each finishing with 14 points.

Shook set a new program record for blocks in a game with eight, surpassing Sheronne Vails’ seven blocks in 2010. It also eclipsed her previous career-high of six vs. Middle Tennessee a year ago.

Overall, the Cardinals finished with 11 blocks, the most in the Walz era.

In addition, Shook set a career-high in rebounds, grabbing 14 in 21 minutes of play. Dunham and Mykasa Robinson each tallied a season-high seven rebounds.

Louisville returns to the KFC YUM! Center on Tuesday night at 7 p.m. when they take on UT Martin.