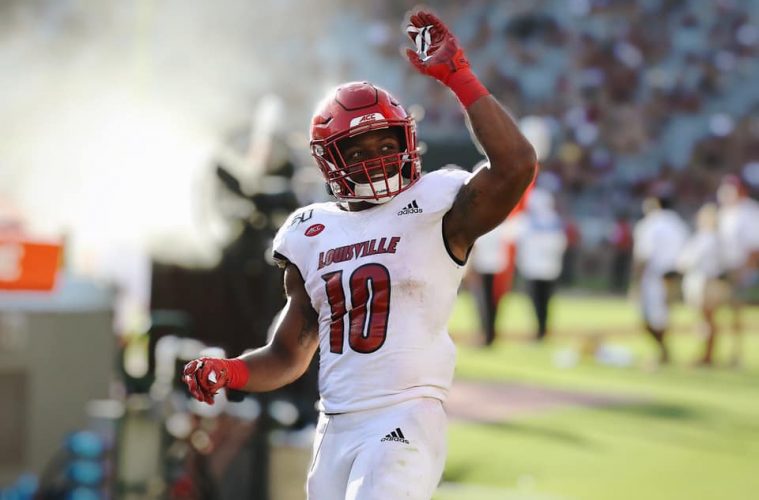 Running back Javian Hawkins has made an immediate impact on the University of Louisville offense, and the nation is taking notice of the redshirt freshman’s performance.

The FWAA Freshman All-American team placed Hawkins on its 2019 Midseason Watch List on Wednesday as it recognizes first-year and redshirt freshman contributions.

One of the top rushers in the nation, Hawkins has totaled 751 rushing yards in the first seven games, which ranks 13th in the nation. His rushing yards are second to Memphis’ Kenneth Gainwell, who is the top freshman with 830 yards.

Hawkins, who is on pace to be the first 1,000-yard running back since 2010, owns four 100-yard rushing games this year, becoming only the third UofL freshman to record four or more rushing contests in a season. He joins Lamar Jackson and Victor Anderson as the only players to accomplish the feat.

The 5-foot-9 running back rushed for a season high 172 yards in a 41-39 win over Boston College on Oct. 5 after opening the season by hitting the century mark in first two games against Notre Dame and Eastern Kentucky. He snapped Clemson’s 27-game streak of not allowing a 100-yard rusher with 129 yards last weekend in a loss to the Tigers.