HOUSTON PREVIEW: “Houston, we have a problem”

“Houston, we have a problem.”

Those famous words spoken in the movie “Apollo 13,” by Commander Jim Lovell (Tom Hanks) through his radio receiver, that transmitted back to mission control over 200,000 miles away during the ill-fated moon mission, well describe the status of the Houston Cougars men’s basketball team…though according to the Smithsonian Channel (yeah, I’m a history nerd too), apparently the real life quote was “Houston, we’ve had a problem.” Come on Hollywood, step your game up. You’re better than that…

After holding serve 71-63 at home vs. SMU on the strength of 23 point games from Russ Smith and Luke Hancock, the 18th ranked Louisville Cardinals 14-3 (3-1) return to action tonight for a 7 pm tipoff in the KFC Yum! Center to battle the 10-6 (2-1) Houston Cougars. The AAC contest, televised once more on the CBS Sports Network, will be a critical matchup as each squad is chasing the Cincinnati Bearcats who currently sit atop the conference standings with a flawless 5-0 record. In fact Houston’s last game out was against said Bearcats, and resulted in a heartbreaking one point loss on the Cougars home floor. Make no mistake; they will be on a mission tonight.

However, as much as the game will be settled on the hardwood, injuries on both sides tell just as significant a story. Let’s start with the good guys: After pulling himself out of Sunday’s game complaining about his hip, starting point guard Chris Jones will be unavailable due to an assortment of ailments, but what is officially being called an oblique strain suffered in practice earlier this week. Jones, the Cards’ third leading scorer with 11.3 points per game along with an average of just over 2 assists, has already missed time this season sitting out the WKU game due to a right wrist sprain. Freshman Terry Rozier is expected to make his third career start in Jones’ place.

For Houston, injuries truly have represented a serious problem. For over a month now the Cougars have been without an entire forward line as three key contributors, including two starters, have been missing from the lineup. Starting sophomore guards Danuel House and L.J. Rose are officially listed as questionable for tonight, and have been able to practice in a limited fashion, doing “more and more,” this week according to head coach James Dickey. House, the starting 2-guard/small forward and the team’s second leading scorer has missed the previous nine games after undergoing arthroscopic surgery on his right knee after injuring it in a loss to Tubby Smith’s Texas Tech squad. In seven games, House had averaged 15.6 points, 5.7 rebounds, 2.1 assists, 1.1 steals, and 1 blocked shot. After starting the season 5-2, the Cougars have won only five of their last nine games without House.

Rose, the starting point guard, has been absent for the team’s five most recent games while working his way back from a foot injury. The Baylor transfer and fourth leading scorer had been posting 10.1 points per game, 2.2 rebounds, and a team high 5.1 assists. Also missing the past four games, and officially out for tonight’s contest, is senior Pittsburgh transfer forward/center J.J. Richardson. Hampered by a foot injury that has nagged him throughout his collegiate career, Richardson has served as a backup at the power forward and center positions, averaging nearly thirteen minutes of game action each night.

However, the Cougars will have the services of leading scorer TaShawn Thomas and starting power forward Danrad “Chicken” Knowles. Thomas, the 6-8, 240 lbs junior small forward from Killeen, Texas paces his team with 17 points and nearly 9 rebounds, to go with just under 4 blocks a game.

Tonight also marks the end of the “Get Chicken to the Bucket” saga that began with the fan-based recruiting efforts to get Danrad “Chicken” Knowles, no relation to Preston, to commit to the University of Louisville. Knowles ended up choosing Houston, but the social media love for Chicken has never wavered. The freshman should receive a warm reception when his name is announced during the starting lineup. Be warned though, Chicken packs a punch as he pitches in an average of 8.2 points, 5.2 rebounds and 1.2 blocks.

Though banged up, Houston, much like a wounded animal is still a formidable and dangerous opponent. Despite the absence of multiple mainstays in their lineup, the Cougars defeated then number 17 UConn 75-71 on New Year’s Eve, and dispatched USF in Tampa 67-58, before falling by one to Cincinnati nine days ago. Houston’s lineup features tall guards that typically have given the Cards fits this season, along with a physical frontcourt that will make for yet another challenge on the glass that UofL will have to overcome if they, like Apollo 13, want to safely splash-down with a victory as the clock strikes 0:00. 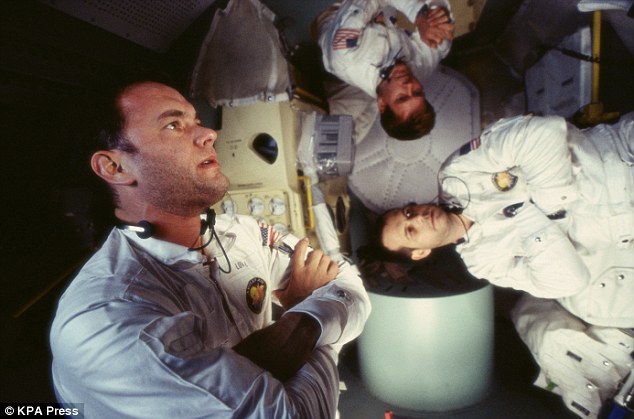 UofL alumnus, native of The Ville and former Intern for WKRD's “The Early Birds,” known as “Ocho." Past contributor with CardsandCats.com. Sports knowledge and fanaticism runs wide and deep. Follow me on twitter @e_rich19.