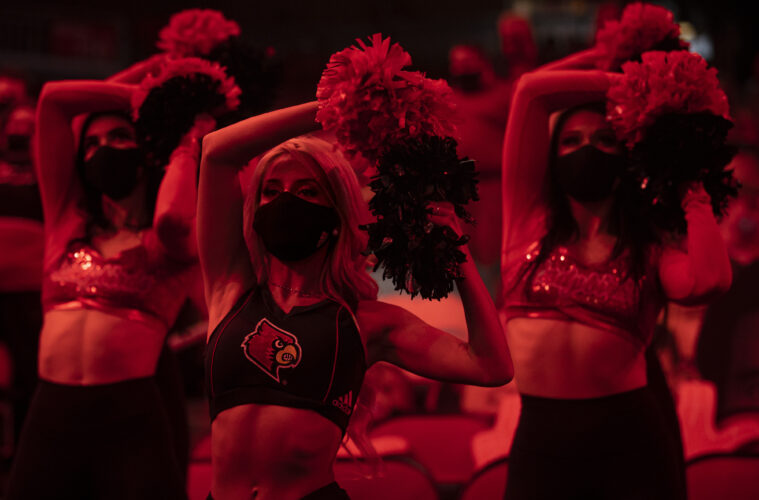 “Time to start playing some games and we can’t wait!” said UofL Head Men’s Basketball Coach Chris Mack.  “The schedule will test our team and as always becomes a monster the further into the calendar we go. The 20 game ACC schedule is grueling. By the time March arrives our team will have prepared well for tournament play. We have a long road until that time but it’s certainly in the back of our minds.”

Seven UofL opponents are ranked among the ESPN way-too-early top 25, including non-conference foes No. 9 Kentucky and No. 20 Maryland, with Michigan State among those “next in line.”  That early ranking also includes ACC members No. 11 Duke, No. 17 North Carolina, No. 21 Florida State, No. 24 Virginia Tech and No. 25 Virginia.  Louisville has faced a schedule among the top 16 toughest by the ratings percentage index or NCAA NET ratings in 11 of the past 14 seasons, including four of the last five years.

Thirteen games will be played on Saturday this season, eight on Wednesday, four on Monday, three on Tuesday, two on Friday, and one on Thursday (Thanksgiving day).  The Cardinals will not play a game on Sunday this season.  UofL will play 10 games during the month of January, marking the first time it has played as many in that month since the 1997-98 season, when UofL played 11 games in January.

Including two exhibition games, eight of the Cardinals’ 13 non-conference games in the first two months of the season will be played at home in the KFC Yum! Center, UofL’s spectacular 22,090-seat home arena.  The Cardinals will face their first outside competition in an exhibition game on Oct. 29 in the KFC Yum! Center against in-state NCAA Division II foe Kentucky State — just 43 days from today.  UofL will play its second exhibition on Nov. 3 against West Georgia, which advanced to the NCAA Division II tournament second round last season.

The Cardinals officially open their 2021-22 season on Nov. 9 against Southern, the first of four straight games in the KFC Yum! Center.  The next three at home include Nov. 12 vs. Furman, Nov 15 vs. Navy and Nov. 20 vs. Detroit Mercy.  The Detroit game is the first of three for the Cardinals in the Baha Mar Hoops Cable Beach Championship, with the other two played at the Baha Mar Resort in Nassau, Bahamas on Nov. 25 against Mississippi State and Nov. 27against either Maryland or Richmond.

The Cardinals begin the month of December against Michigan State in the Big Ten/ACC Challenge on Dec. 1, followed by its first ACC game of the season on Dec. 4 at NC State.  Louisville will next return home for a pair of games: on Dec. 10 against DePaul — a former fellow Conference USA and Big East member with UofL — and Dec. 14 against Southeastern Louisiana.

Louisville will travel to face a pair of in-state foes on Dec. 18 at Western Kentucky and Dec. 22 at Kentucky, the final nonconference game of the season.  The Cardinals close out 2021 with a home game against Wake Forest on Dec. 29.

The Cardinals will be featured on ESPN’s Big Monday telecast on three occasions in a five-week ACC stretch, including Jan. 24 at Virginia, Jan. 31 vs. North Carolina and Feb. 21 at North Carolina.  Five of the Cardinals’ last eight games will be played on the road.

The ACC Men’s Basketball Tournament will be staged at the Barclays Center in Brooklyn, N.Y. on March 8-12.

Louisville achieved a 13-7 record in a pandemic-shortened 2020-21 season as the Cardinals finished seventh in the ACC with one of the least experienced teams in the nation.  Louisville returns three of its top five scorers (five of its top eight), including front line starters Samuell Williamson and Jae’Lyn Withers.  The Cardinals have added a top 25 recruiting class and four impressive transfers, including a junior college All-American.  Louisville will open its season with five players who shot 40 percent or better from three-point range in their previous collegiate season for the first time in school history (transfers Matt Cross .400, El Ellis .417, Noah Locke .404, Jarrod West .408, and returnee JJ Traynor .500).

The Cardinals have posted 73 winning seasons over the last 76 years.  Louisville is one of only five schools to be ranked in the AP Top 25 poll at least once during each of the past 18 seasons (since 2002-03, excluding preseason polls) and the Cardinals have finished among the nation’s Top 25 teams in eight of the last 11 years.

Additional game times and televising networks will be added to complete the schedule in the coming weeks.