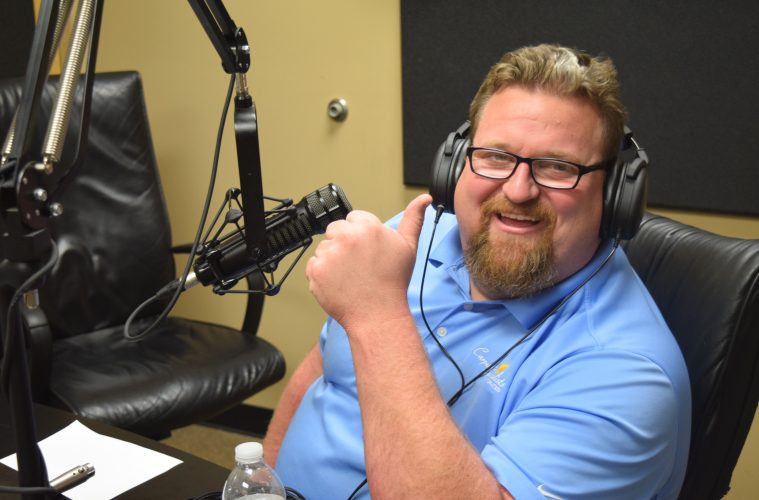 HELP SAVE Dave Scull aka ‘Biscuit’

As some of you are already aware Dave Scull aka “Biscuit” suffered an acute illness on October 5, 2019 and has been in a medically induced coma for the past month.  We haven’t spoken publicly about this incident regarding our friend and colleague per the wishes of the Scull family. But we now have the ‘green light’ to tell part of Dave’s story (leaving some of the medical details out for privacy concerns).

David left the Louisville vs. Boston College game as this illness began to take its grip on his body.  If you know Dave, leaving any Louisville Athletic event would be unheard of.  Dave is a devoted Louisville fan and is a regular at most Louisville athletics events. I don’t think he’s missed a football game or a men’s or women’s basketball game in quite some time and makes a point to be in attendance for a wide variety of Cardinal Athletics events. Once Dave arrived at the hospital it was clear that he situation was serious and doctors began treating him immediately. They saved his life.

GO FUND ME: SAVE DAVE SCULL aka BISCUIT – DONATE HERE

Thankfully, Dave has slowly been making progress and it’s that progress that leads us to begin to tell his story….. AND ASK FOR YOUR HELP.

Biscuit’s prognosis is good, but he will be in the hospital for an unknown amount of time to recover the physical function that he has lost. Dave will need extensive physical and occupational therapy as he re-learns how to breathe on his own, walk, and perform all of the other tasks of daily living and, consequently, will be unable to work for a while.

Those close to Dave and the Scull family have been steadfast in their prayers and support of Dave and the entire Scull family throughout this ordeal, and have repeatedly asked how else they can be of help. Some have suggested the creation of a fund for Dave to help bridge the gap in income until he’s able to work again, and we feel this would be a great way for us all to support him as he navigates the next few months.

GO FUND ME: SAVE DAVE SCULL aka BISCUIT – DONATE HERE ﻿

We hope this fund will help relieve his financial stress so he can focus on healing and building back his strength. We are humbled and eternally grateful for the tremendous support that the community has shown Dave thus far, and are so thankful for your support of this fund as well.

As the financial burden of this setback is unknown, we are asking family, friends, fans, listeners and readers to help “Save the Biscuit”.  This is where Card Nation is at its best. Dave has himself, been the leader of several campaigns to help Louisville fans in need, there is no Cardinal fan with a larger heart than Dave Scull.

Many of you know Dave personally, but if you haven’t had the pleasure of meeting Biscuit in person he’s full of life, and has a lot of love to give. He’s a former UofL Football player, writer for TheCrunchZone.com, radio host on ESPN Louisville & 93.9 The Ville.  Dave is a trivia master, karaoke singer, a hugger, a brother, and a son to two amazing parents.  We almost lost “Biscuit” and we are asking for help in assisting his full recovery.  If you’ve enjoyed Dave’s writing, his twitter, his appearances on the radio, if you are a Louisville fan, A KENTUCKY fan, or just generally want to help out a great person we would appreciate any level of donation to assist Dave and the Scull family.

GO FUND ME: SAVE DAVE SCULL aka BISCUIT – DONATE HERE ﻿

David’s family has been by his side every minute and will be with him throughout the long and intense recovery that Dave will undergo.  The family is beyond grateful for the words of encouragement and incredible love and support.  At this time, Dave can not accept any visitors, but his family is asking for videos, cards, and notes of encouragement in the interim.