The University of Louisville will open its inaugural  season in the Atlantic Coast Conference with an outstanding line-up of opponents both home & away.  The ACC released their conference schedule for the next two seasons Tuesday morning in what was a widely anticipated announcement from Cardinal fans.

Louisville will have a home & away series in 2014-15 with North Carolina, Pittsburgh, Virginia, and Miami.  The Cards will travel to Syracuse but will host the Duke Blue Devils at the KFC Yum! Center.  Pittsburgh and Virginia will be the Cards every season home & away opponent with Miami and UNC rotating in for the 1st year, replaced by Georgia Tech and Duke in 2015-16.

Dates, Times, and Television to be Announced at a Later Date. 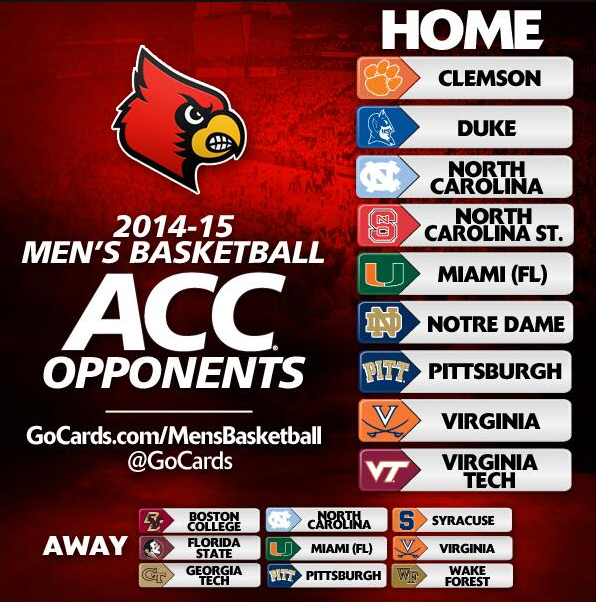