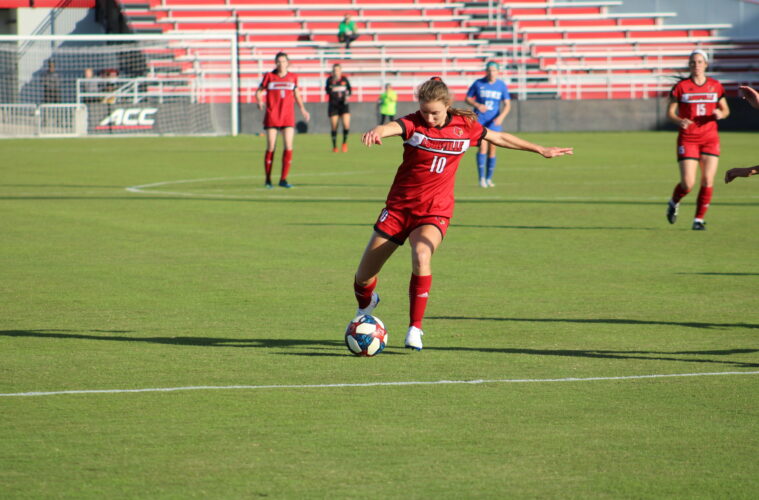 Emina contributed to all five Louisville goals in their wins over Syracuse and Boston College. She scored twice against Syracuse as well as an assist in the books. Sunday, she tallied an assist against Boston College before scoring a goal in the second half to lead the Cards to a 2-0 victory, finishing the week with three goals and two assists.

She ranks second in the ACC in points (13), and has five goals and three assists.

The 3-1 Cards will travel to Virginia on Thursday, October 15 for an 8p.m. match that will air on the ACC Network.