Louisville & Auburn both have released their depth charts for Saturday’s Chick-fil-A Kickoff.  Some notable items for the Cards:

-Micky Crum & Keith Towbridge seem to be ahead of Cole Hikutini at TE.

-Khalil Hunter and Geron Christian are battling for a tackle spot.  Apparently Kelby Johnson & Aaron Epps are playing the same tackle position and Lukayus McNeil it appears is at guard.  Pedro Sibiea is listed at both Center and Guard.  (We believe Kiola Mahoni will start at the LG but if Lukayus does then there have been developments since the time we were allowed in practice.

-Drew Bailey is ahead of GG Robinson

-No suprises at Corner…all of those guys are going to play. It’s a good group.

-With Josh Harvey-Clemons playing Star, expect to see Zykiesis Cannon on the field A LOT. 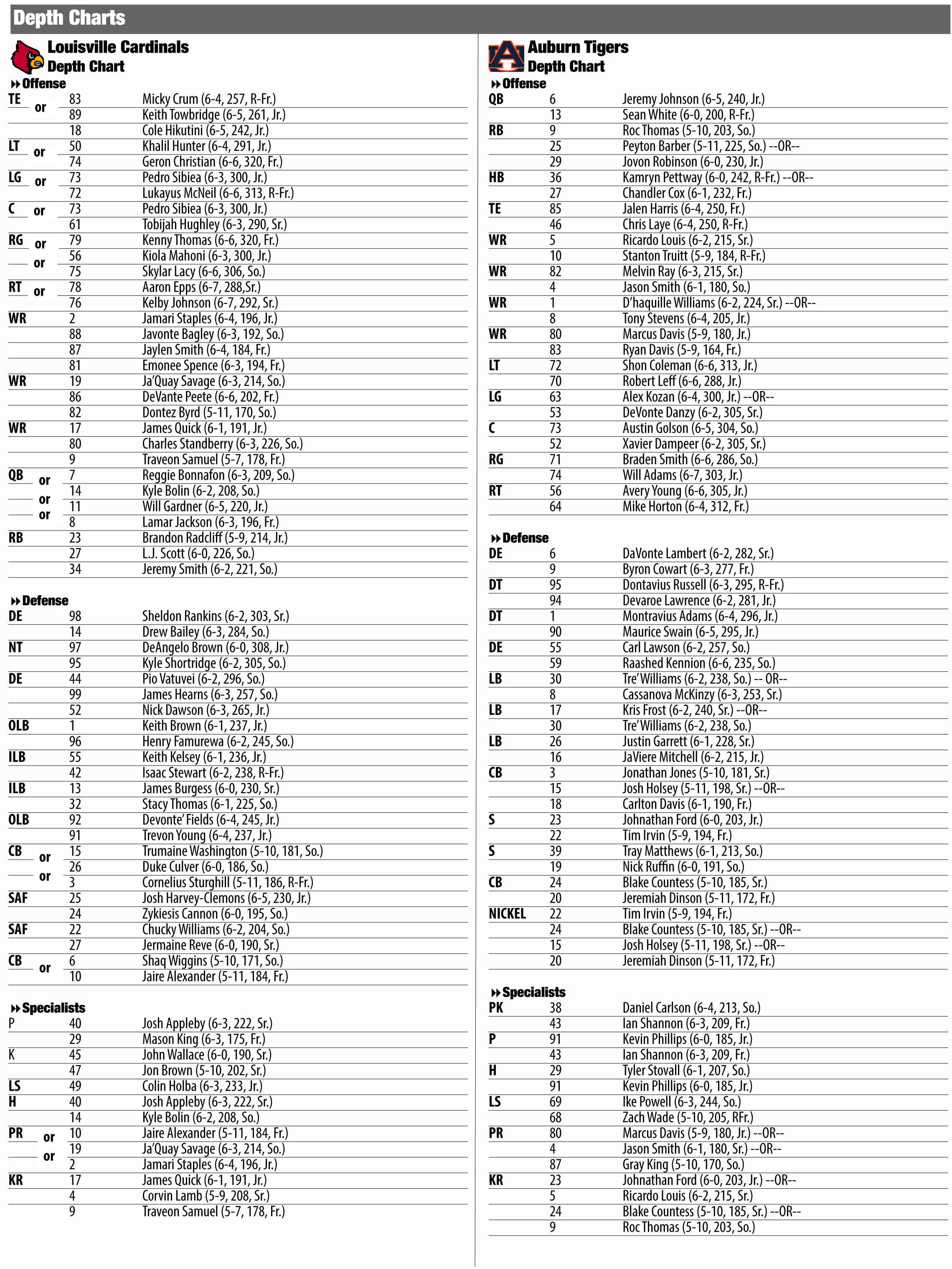