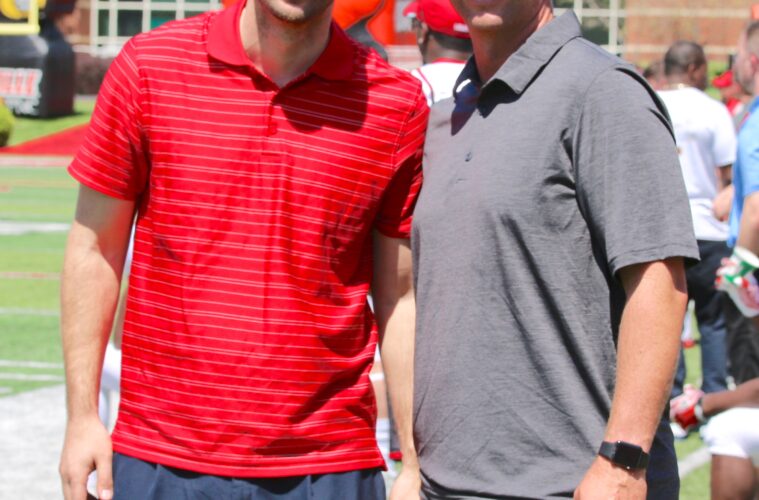 Dave Ragone Will Have Jersey “Honored” During NC State Game

A three-time Conference USA Offensive Player of the Year, former standout quarterback Dave Ragone is having his jersey honored at Saturday’s home game against NC State that starts at noon

A three-year starter, he led Louisville to a pair of Conference USA championships and three bowl appearances, while tying the school record for wins by a starter with 27. He is only the third Conference USA player to ever win three offensive player of the year awards, joining former Memphis running back DeAngelo Williams and former Houston quarterback Case Keenum.

Ragone, a native of Middleburg Heights, Ohio, was one of the most productive signal callers in school history – finishing his career with 8,564 passing yards, fourth most in school history, and passing for 74 touchdowns – placing him second in the school’s record book.

The only three-time player of the year honoree in school history, Ragone was named the Conference USA Offensive Player of the Year in 2000 after leading the Cardinals to a 9-3 mark and their first conference title since 1972, when he threw for 2,621 yards and 27 touchdowns.

The following year, the southpaw enjoyed the best campaign of his career, passing for 3,056 yards and 23 touchdowns. That year, he directed UofL to an 11-2 record that was capped by a 28-10 Liberty Bowl victory over BYU.

A Heisman Trophy candidate in 2002, Ragone guided the Cardinals to the GMAC Bowl, while passing for 2,880 yards and 24 touchdowns as a senior.

Ragone was drafted by the Houston Texans in the third round of the 2003 NFL Draft. He went to play three seasons as quarterback with the Texans (2003-05), appearing in two games. He also spent time with the Berlin Thunder in 2005, being named NFL Europe Offensive MVP honors while leading the league with a 97.5 passer rating.

Since leaving the playing field, Ragone has taken his career to the sidelines, where he has spent four years as an assistant coach. He is currently the Chicago Bears’ quarterbacks coach.

In becoming the 21st honored jersey, Ragone joins former Cardinal quarterback Johnny Unitas, whose No. 16 jersey is the only retired number at the University and unavailable for future Cardinals to wear.