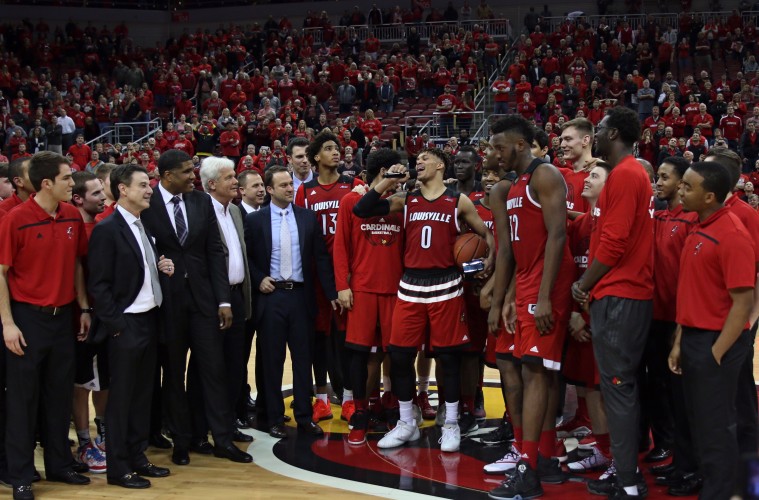 Louisville’s Damion Lee has been selected to the 3-point roster for the 28th annual State Farm College Slam Dunk & 3-Point Championships at Berry Center in Cypress, Texas on March 31, Intersport announced today. He is one of eight men’s college basketball players selected for the event that will air live on ESPN at 8 p.m. CT. Lee was invited to take part in the 3-Point Championship after being recognized as one of the nation’s finest shooters from three-point territory.

Lee buried 257 three-pointers in his collegiate career at Drexel and Louisville, including a team-high 61 threes for the Cardinals this season.  He led Louisville in scoring (15.9 points per game) and steals (46) as the Cards produced a 23-8 record and finished the season 16th in the Associated Press poll.  Lee scored a combined 2,016 career points at the two schools.

Intersport, producers of the event, invites 24 of the nation’s elite men’s and women’s college basketball players to compete in the State Farm College Slam Dunk & 3-Point Championships (eight dunkers, along with eight men’s and eight women’s shooters). The program showcases the dunking and sharp-shooting talents of the nation’s top college basketball players during the Men’s 3-Point Shooting Championship, the Women’s 3-Point Shooting Championship, the Battle of the Champions, and the Slam Dunk Championship.

A complete list of participants will be released at a later date.

Tickets for the 2016 State Farm College Slam Dunk and 3-Point Championships are on sale now and can be purchased at CollegeSlam.com. General admission tickets are $15 for adults and $10 for children 12 and under. For special group rates, please call 312-467-2826. Berry Center is located at 8877 Barker Cypress, Cypress, Texas.