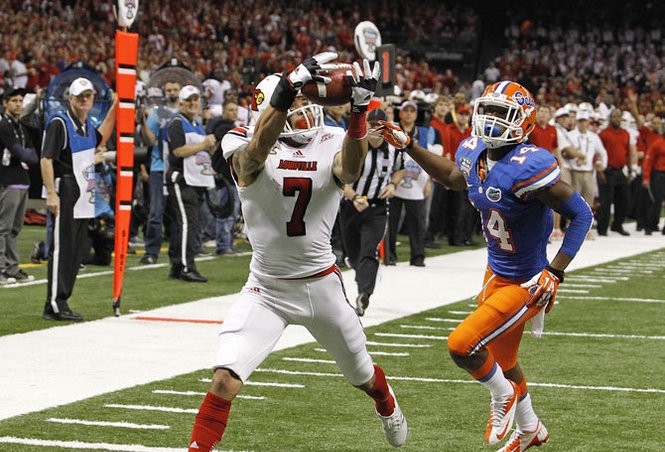 Louisville Wide Receiver Damian Copeland is having an excellent NFL Combine thus far.  Copeland measured 5’11”, 184 lbs, with 9″ hands, and a 31 3/8″ arm length.  Very average measurements physically, but Copeland stood out when the performance measurements started.  Let’s take them one by one:

Copeland’s 20-Yard Shuttle time was 3.90 over the weekend, 2nd at the 2014 NFL Combine behind Oregon State’s Brandin Cooks.

Honey Mustard’s Vertical is an impressive 40.0″, and is currently 2nd at the NFL Draft among Wide Receivers and 4th across all positions.

Damian’s vertical would have been the highest across every position in the 2008 NFL Draft, but only a small handful of players actually jump 40″ or better at the Combine each year.