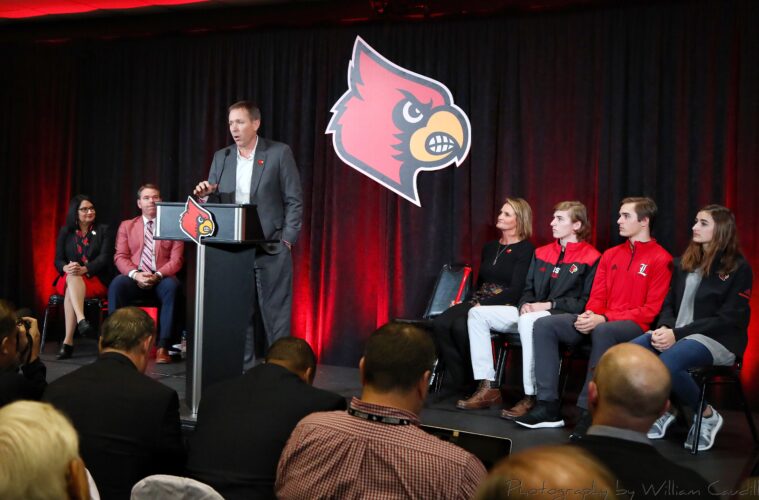 Culture has been a commonly referenced term for the University of Louisville football program amidst the transition to head coach Scott Satterfield.

When Satterfield was introduced as the new head coach of the Cardinals on Dec. 4, culture was a consistent theme of his opening message.

“It starts with our culture, so that’s what we’re going to work on,” Satterfield said in his opening press conference. “That’s what this offseason is going to be about. When you get that stuff straight, then the wins will start coming.”

Satterfield inherits a Louisville program that struggled in 2018, but a roster hungry to put it in the rearview mirror. As winter workouts have reached the halfway point, current Cardinals have taken note of the culture change in progress.

“A lot of it came from the team,” rising junior safety TreSean Smith said. “Guys came in with new energy. They want to get better. Everyone wants to compete at the highest level and get better each and every day.”

The culture change is a process that starts at the top however, with a new coaching staff pushing to get the most out of its players.

Before the Cardinals step on the field under Satterfield’s watch, the work begins in the weight room under the direction of the new head of strength and conditioning for football, Mike Sirignano.

“They kill us every day, in a good way,” rising sophomore defensive back Chandler Jones commented. “Coach Mike (Sirignano) is real energetic and gets into us and is able to get the best out of us. A lot of us are going to get a lot faster this year.”

Hard work and an increased energy level have been at the forefront of the change in culture, but there’s been an added focus from Satterfield’s staff in one particular area.

“Accountability. They’ve changed a lot of things around,” Smith stated. “You have to be accountable for everything that you do. You’re not late to anything, you’re at everything on time five minutes before. They show no leniency to anyone.”

The Cardinals take the field for the first practice of the spring on Feb. 11.