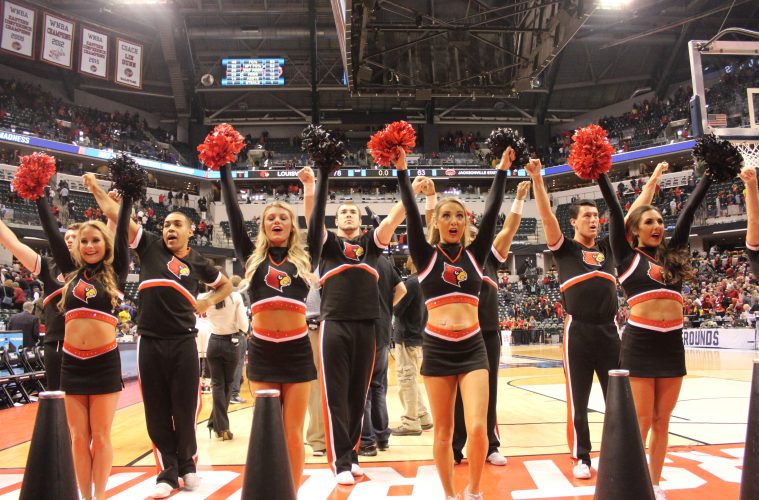 Christen Cunningham, a three-year starter at Samford University who is the Bulldogs’ career assists leader, has signed a financial aid agreement at the University of Louisville to play his final collegiate basketball season with the Cardinals.

“We are excited to add Christen Cunningham, Samford’s all-time assist leader, to our team for the coming season,” said UofL Coach Chris Mack. “Christen is a phenomenal person, high character and a winner on the court. He makes his teammates better, looks to make the right play and understands the game on both ends of the court.  He was well-coached both in high school and at Samford so we know we are getting a high IQ point guard. Christen’s from the state of Kentucky and is excited to play for the Cardinals.”

A starter in all 110 games of his career, Cunningham ranks 13th on Samford’s all-time scoring list with 1,283 career points and his 514 career assists is a school record.  In each of his three full seasons, he produced at least 125 assists, 100 free throws, 30 steals and averaged double-digits in scoring.  He is an 81 percent career free throw shooter (380-469).

Cunningham scored in double figures in 71 games at Samford, including 11 contests with 20 or more points.  He handed out at least five assists on 51 occasions, including 14 games with eight or more assists.  He had a career-high 13 assists against Nicholls State on Nov. 27, 2016.

The 6-2, 190-pound guard from Lexington, Ky., scored a career high 30 points against East Tennessee State in the semifinals of the 2017 Southern Conference Tournament.  Cunningham totaled 15 points, six rebounds, two assists and a steal in a Nov. 13, 2015 season opening game against Louisville in the KFC Yum! Center.

As a junior in 2016-17, Cunningham was fifth in the nation with a school-record 225 assists and ranked 10th nationally in assists per game (6.3).  He averaged 11.4 points and shot 35.4 percent from three-point range when he led the Southern Conference in minutes played as Samford achieved a 20-14 record.  A lengthy illness limited Cunningham to just the first nine games of last season and he received a medical waiver for a fifth and final season.

Cunningham was the Bulldogs’ second-leading scorer as a sophomore in 2015-16 when he averaged 14.4 points, 2.8 rebounds and 3.9 assists.  He averaged 10.3 points and 3.9 assists as a freshman in 2014-15 when he was honored on the Southern Conference All-Freshman Team and was selected as the 2015 College Sports Madness Southern Conference Freshman of the Year.  He was named the SoCon Freshman of the Week on five occasions.

Cunningham was a first-team Herald-Leader all-city selection as a junior at Henry Clay High School in Lexington, Ky., when he averaged 12.1 points per game.  He transferred to Cordia High School in Hazard, Ky., for his senior season, averaging 18.7 points and 5.3 rebounds while leading his team to a 23-9 record.  His brother Trae was a basketball manager at Louisville and his brother Christopher played football at Florida A&M.  He was a teammate of former UofL guard Quentin Snider on the Louisville Magic AAU team, which is coached by former UofL center Ellis Myles.

Cunningham, who will earn a bachelor’s degree in public administration from Samford next week, chose to attend Louisville for graduate school and his final collegiate playing season after also considering Arizona State, Oregon State and Ohio State.