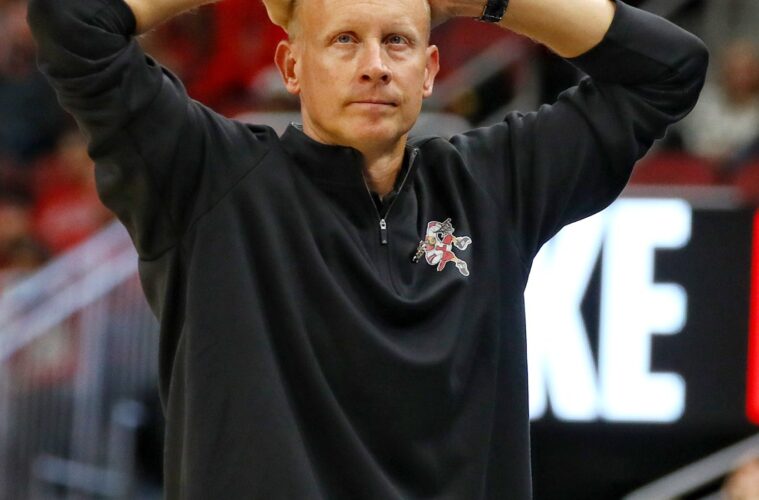 Louisville hosted their first DePaul Day since 2013 and came away with a 62-55 loss.

The first half was a tale of two stories and depending on which end of the court you were watching; it was either a happy ending or a nightmare. The offense had a 10-minute stretch where they scored just 3 points and it seemed like they would only see a shot fall if they offered up their first born as a sacrifice. As a team, Louisville was shooting 33% in the first half and were 3-16 from behind the three. One of those coming from none other than Matt Cross at the last second to give Louisville a 29-26 lead going into the halftime break. Malik Williams was leading the Cards in scoring at the half with 13 and added 4 rebounds to his stat line. While the offensive play left something to be desired, Louisville was living up to expectations on the defensive side of things. Dre Davis tallied 5 of Louisville’s 17 defensive rebounds in the first twenty minutes and forced 10 DePaul turnovers.

The second half was mostly a show of Louisville’s offense simply not working. The team went 11-38 and outside of Malik Williams and Matt Cross, no one had more than 10 points for the entire game. The Cards were shooting 28.9% in the second half with just 5 team assists and 8 offensive rebounds. Down by 3 with 1:11 to play, the Louisville offense somehow got colder than Northern Canada. Matt Cross attempted a three-pointer from the top of the key but those Yum! Center rims bounced it right back out. Malik Williams was just short of a double-double with 22 points and 8 rebounds on the night. Matt Cross finished with 11 points and 6 rebounds. Dre Davis led the team in assists with 4.

Louisville will host Southeastern Louisiana on Tuesday, December 14th with a scheduled tip-off at 6:00p.m. est. The game will air on ACCN.