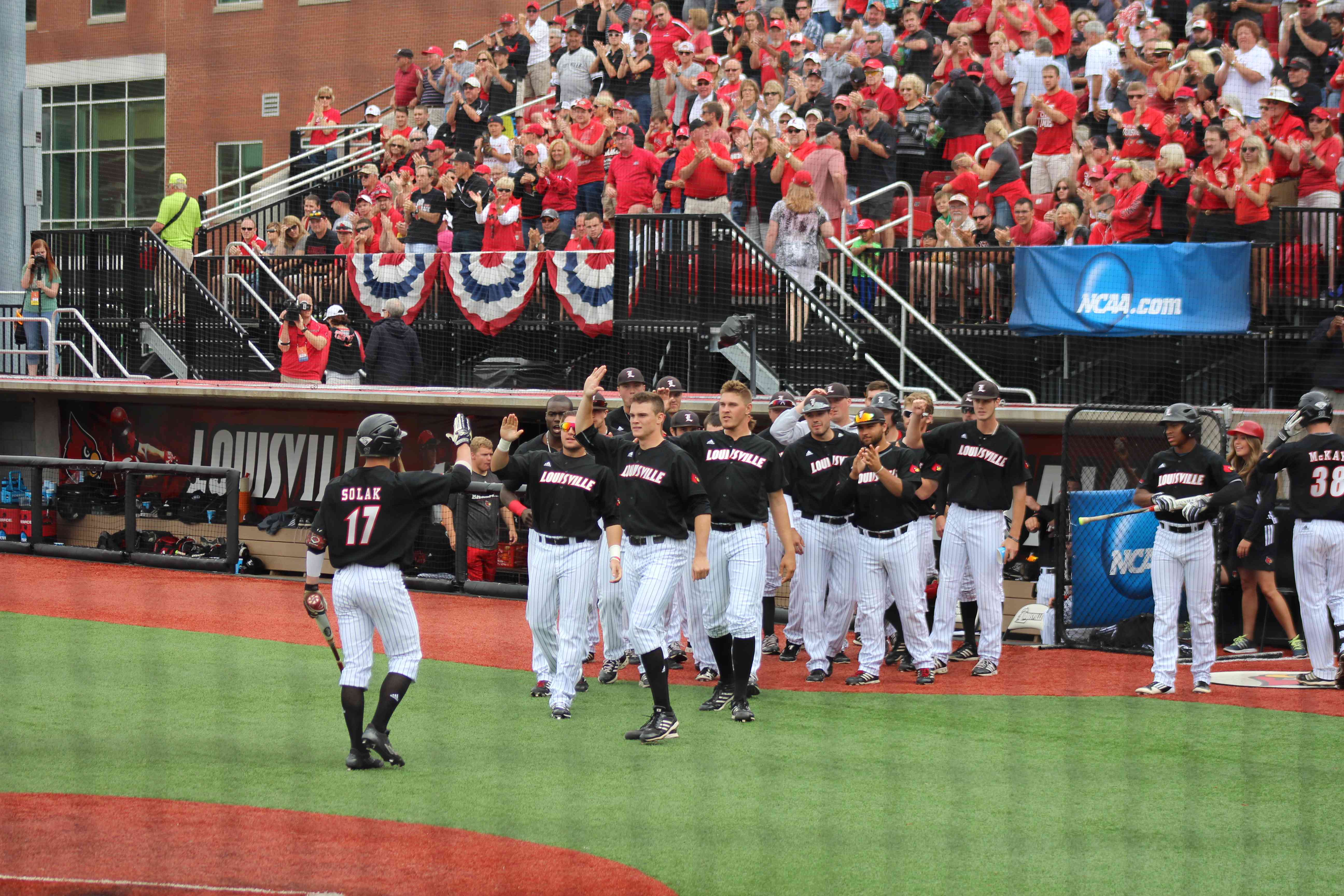 Sophomore righthander Kade McClure twirled a career-best seven shutout innings while junior Nick Solak doubled and drove in a run to guide the No. 6 Louisville baseball team to 7-0 win over FIU on Wednesday at Jim Patterson Stadium.

McClure matched a career-high with seven strikeouts and scattered four hits with no walks to improve to 8-0 on the season and help the Cardinals (32-9) earn their eighth shutout of the season. The outing marked the fifth straight start of at least six innings for McClure, who has won eight of his nine starts this season. The trio of freshman Adam Wolf, sophomore Lincoln Henzman and junior Zack Burdi recorded two outs each to close the game.

Solak, who made his first appearance at the plate since suffering a right hand injury against Virginia on March 25, entered the game as a pinch hitter in the sixth inning and promptly doubled down the left field line before scoring moments later. He added a RBI groundout in the seventh inning and recorded an out defensively while playing the final three innings of the game at second base.

Junior outfielder Corey Ray was 2-for-4 with a double, three stolen bases and a run scored, while junior outfielder Colin Lyman added a two-run triple and scored a run. Freshman second baseman Devin Mann chipped in with a double and two RBI and sophomore Brendan McKay had an RBI single as Louisville improved to 25-1 at home this season.

The Cardinals struck first on Wednesday after Ray bunted for a single, stole second, moved to third on a throwing error and scored on a wild pitch by Andres Nunez for the 1-0 lead in the third.

Louisville added to the lead with a trio of runs in the fourth inning when Lyman delivered a two-run triple before scoring on a RBI sacrifice fly to center by Mann. Sophomore third baseman Blake Tiberi started the inning by reaching base on an FIU error while junior catcher Will Smith was hit by a pitch before Lyman’s third triple of the season scored both. Mann drove in the first of his two RBI in the game with his flyout to center to send Lyman home.

Solak, who missed 18 games with his hand injury prior to returning as a pinch runner on Saturday at Boston College, led off the sixth inning with a double down the left field line before scoring on a RBI double down the left field line by Mann. Later in the inning, McKay connected for a RBI single to left to score pinch runner Logan Taylor for the 6-0 lead. The Cardinals scored their final run of the game in the seventh inning on a RBI groundball off the bat of Solak to score Smith.

Up next, No. 6 Louisville continues its five-game homestand at Jim Patterson Stadium with a weekend series against St. John’s starting Friday at 6 p.m., ET. The Cardinals and Red Storm are also slated for Saturday at 1 p.m., and Sunday at noon and admission is free throughout the weekend.