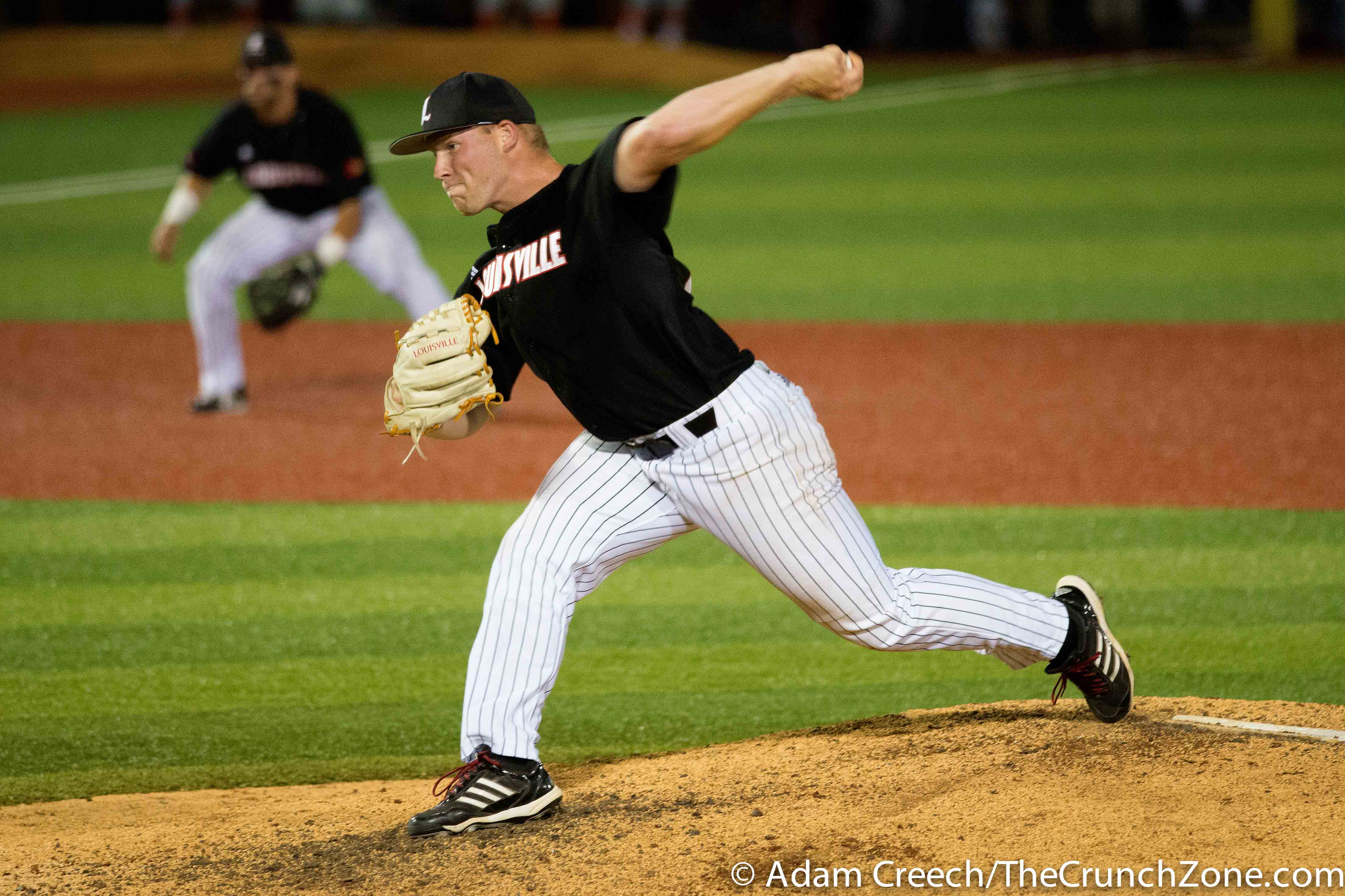 The second-ranked Louisville baseball team suffered its first series loss on the road in more than a year falling 4-2 at No. 21 Ole Miss in Sunday afternoon’s decisive third game at Swayze Field.

Having won seven straight true road series entering the weekend, the Cardinals (5-2) dropped two of the three to the Rebels (6-1) ending a streak dating back to April 17-18, 2014 when they lost two of three at UCF. The loss also halted Louisville’s streak of nine straight regular season series wins against ranked opponents.

“I thought a lot of good came out of this weekend. Obviously, we wanted to win another game or two, but you learn from this. Not only does Ole Miss have good starters, but they had a phenomenal bullpen,” said Louisville head coach Dan McDonnell. “My message to our guys was that we were probably one at-bat short in several innings and we just have to learn from that. We need to have more quality at-bats and better at-bats with runners on base. We got a good start from Drew (Harrington) today and our bullpen was very good this weekend. Overall, we played some good baseball but we needed a little more at times.”

Junior outfielder Corey Ray led the way on a tough day for the Louisville offense finishing 2-for-4 with his fourth home run of the season. Junior second baseman Nick Solak and sophomore third baseman Blake Tiberi had two hits each and senior first baseman Danny Rosenbaum singled and drove in a run.

The Cardinals struck first on Sunday scoring in the first inning for the fifth time this season when Ray opened the game by sending a 0-2 pitch from Ole Miss righty Sean Johnson over the wall in left field. It was the first time a Louisville player has led off a road game with a home run since Cole Sturgeon’s leadoff homer at Vanderbilt on May 8, 2012. The Cardinals plated a second run in the first inning on a RBI groundout by Rosenbaum to plate junior outfielder Logan Taylor, who singled earlier in the inning.

The Rebels bounced back with a decisive three-run third inning, which started with four straight singles for the home club. Cameron Dishon opened the scoring with a RBI single through the right side and Errol Robinson followed with an infield RBI single. Will Golsan then put the Rebels in front for good with a RBI sacrifice fly to left. Ole Miss extended the advantage to 4-2 in the sixth when Golsan led off the inning by sending a 0-1 offering from Louisville lefty starter Drew Harrington over the left field wall for his first career home run.

Harrington was charged with the loss and dropped to 1-1 on the season after allowing four runs, all earned, on eight hits with four strikeouts and no walks in 5.1 innings. He was followed on the mound by sophomore righty Lincoln Henzman, who recorded two strikeouts in 1.2 innings of perfect relief for the Cardinals. Junior righty Zack Burdi worked a perfect eighth inning with one strikeout on just five pitches in the inning.

Johnson earned the win for the Rebels and moved to 2-0 on the season after allowing two runs on five hits with three strikeouts and two walks in 5.1 innings. Lefty Wyatt Short recorded his second save of the weekend with 1.2 innings of shutout relief to close the game.

Up next, Louisville returns to Jim Patterson Stadium to begin a 10-game homestand on Tuesday at 3 p.m., ET against Morehead State and admission is free.