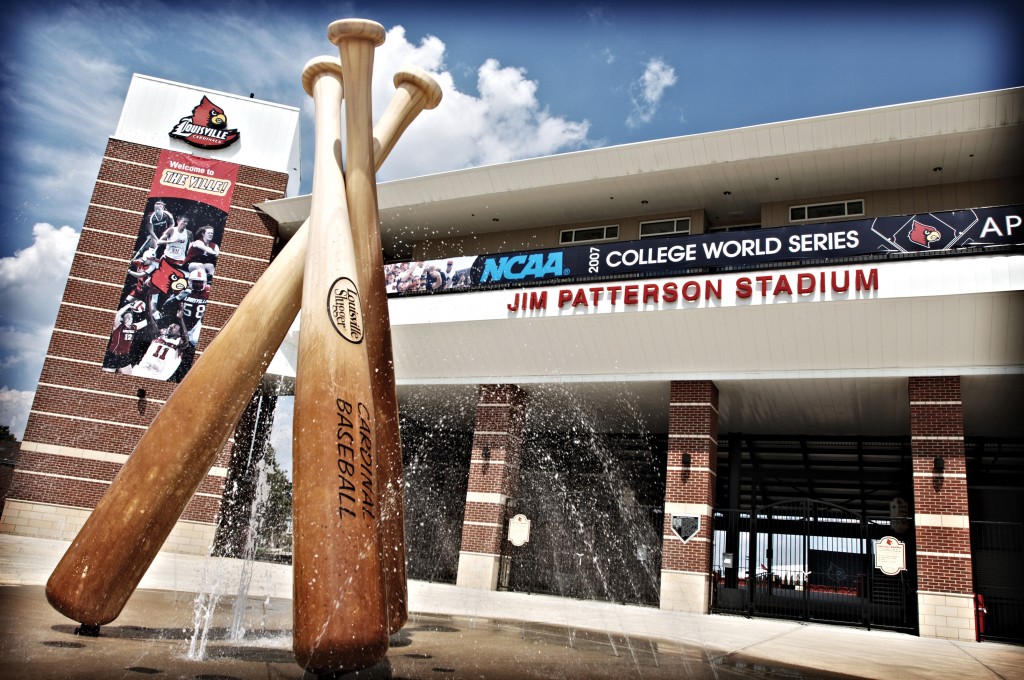 Louisville Sophomore Pitcher Anthony Kidston took the mound for the Cards Saturday afternoon vs. the Kansas Jayhawks and improved to 13-0 as a college pitcher. Kidston was 5-0 for the Cards as a freshman during a Louisville Slugger Freshman All-American Season, and has now pushed his sophomore mark to 8-0 with a win over Kansas in the NCAA Tournament.

Kidston started off extremely efficient and threw just 55 pitches through the 1st 4 innings and found himself in very little trouble.  During that time Anthony found himself getting great run support leading 5-0.  Sutton got things started when he reached 1st base with a fielder’s choice RBI driving in Alex Chittenden in the 2nd inning. The very next inning Jeff Gardner fit a line drive between Kansas 1st baseman Jacob Boylan and the Right Field line driving in Cole Sturgeon.

But the 4th inning was the explosion inning for the Cards.  Corey Ray led things off with a double up the middle that was really stretched from a single with hustle and speed.  Ray also took advantage of a wild pitch (according to the official scorer…..really the 3rd baseman was out of position when Grant Kay squared to bunt leaving third base wide open to Ray.  Sutton Whiting would drive Corey Ray in to push the score to 3-0 and Whiting would go on to steal 2nd & 3rd with the Jayhawk 3rd baseman Tommy Mirabelli trying to push Sutton off the bag upon arrival causing a minor fracas.  Catcher Kyle Gibson drove Sutton Whiting in from 3rd base and Cole Sturgeon finished off the big inning for the Cards with a single to right scoring Gibson from 2nd base ending the 4th inning with the Cards leading 5-0.

While the Cards had a big inning in the 4th, Kansas had two BIG chances in the 5th & 6th inning both times with the Bases Loaded.  Instead of the Cards giving up the big inning, Kidston minimized the damage giving up just 1 run in each inning.  Dan McDonnell talked about minimizing big innings prior to Regional Tournament began.  The fact that the Cards were able to put the tactic into practice speaks a lot to this team’s focus and the coaches ability to execute a plan.

Anthony Kidston was able to finish an uneventful 7th inning before making way for Cole Sturgeon.  Sturgeon was smooth thorugh the 8th inning but ran into serious trouble in the 9th. Sturgeon actually loaded the bases thanks to a bases on balls and two questionable calls on hit batsmen leaning into pitches. Cole took exception with both, and Dan McDonnell backed him up on the 2nd when Kansas Left Fielder Michael Suiter looked like he dropped his elbow into the strike zone to take the base.

With that Kansas brought the game-tying run to the plate and the Cards brought in their hard-throwing closer Nick Burdi for his 1st action of the NCAA Regional in a bases loaded situation. Burdi walked his 1st contest Colby Wright but closed the game when he got Tucker Tharp flied out to left field.

Louisville will now play tomorrow afternoon (Sunday) at 4:00 against the winner of the Kansas vs. Kentucky game at noon. Ticket windows open at 9 a.m. for Sunday’s game and tickets can be purchased in advance on-line.

Prior to the Cards game against Kansas, a very fortuitous situation was playing out in Tallahassee: Florida State lost in an elimination game to Alabama. Florida State was the National Seed that the winner of the Louisville Regional would play meaning that now that the Seminoles are eliminated the Cardinals now have an opportunity to host the Super Regional with a chance to move on to Omaha and the College World Series here in Louisville next week. If Louisville wins their game on Sunday afternoon or on Monday night, Louisville will host the winner of the Tallahassee Regional next week in a Best of 3 series, the winner going to Omaha. That’s BIG TIME!