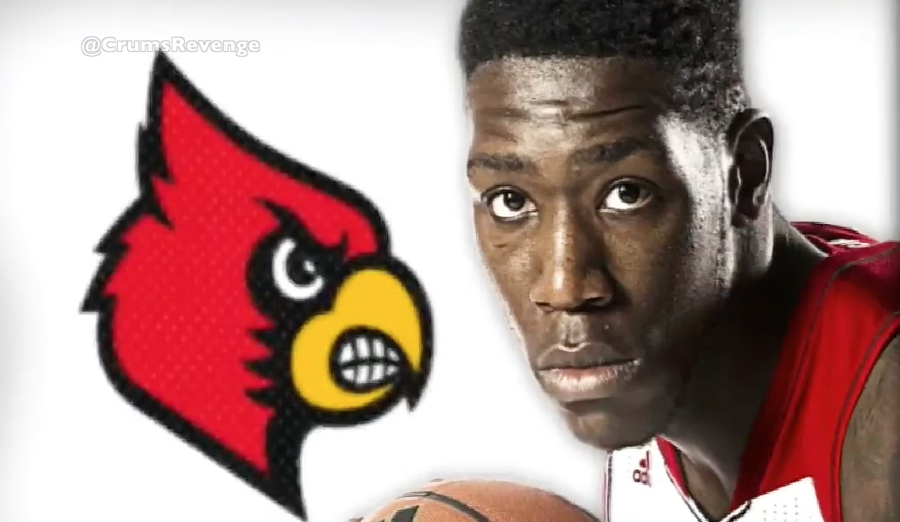 Doctors Of Dunk: Montrezl Harrell from @CrumsRevenge on Vimeo.

A record that has stood since Pervis Ellison, only to be tied once.

The previous record was 60, and he is sitting at 63 with plenty of more games left in the season.

The Doctors Of Dunk have indoctrinated a new member.

Darrell Griffith at #11 is the only true guard ranked in the single season record, and only guard listed for carreer dunks (#2). It’s largely a big man’s record to break, but no way was I going to cut the guards out of this video.

Will be tough to top Ellison’s career dunks for two reasons. 1) it was a lot of dunks. 2) guys that good to challenge it will go pro early. May stand FOREVER- EVEr – EVer – Ever – ever.

Harrell far and way hangs on the rim more than any player I have seen in a cardinal uni, and I am old.

Everick Sullivan was feast or famine. One night 30 points, and another night 4. The reverse baseline dunk was from his Freshman year – in that SAME GAME, he hit a game winning 3 pointer. He finished with 17.

Some of the best dunkers are on the list, because of the guard spot not getting as many, but after griffith, it’s hard to deny LaBradford and Jerome Harmon as some of the most athletic dunkers ever. Sick athleticism.

Watch how far LaBradford takes off on a few of those dunks. He was doing some long distance stretches to dunk on people, surprised he didn’t get hurt.

The 1989-90 team had LaBradford, Harmon, Sullivan, and Felton – about as much firepower for dunking as it gets.

I did look for a Lorenzo Wade miss. He had some of the most athletic missed dunks in the modern era. Glad Twill showed up and took his number away.

I intentionally left Chad Millard off the list. He didn’t have many dunks, and the ones he had weren’t that spectacular. Hope that’s ok with everyone.