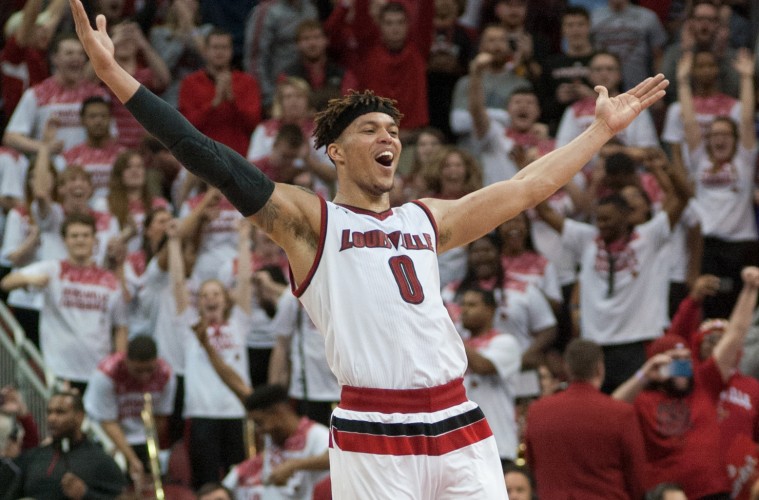 The college basketball world & Louisville basketball itself learned a lot about the 2015-16 Cardinals on Monday night.  A little more than 48 hours after a devastating loss to Virginia that many players called “Embarrassing” and Louisville sent the #1/#2 team in College Basketball back to Chapel Hill with its 1st loss in 13 contests.  Louisville won a big one.

The contest was tight throughout Louisville lead by no more than 8, North Carolina led by as many as 6.  Chinanu Onuaku picked up 2 fouls in the 1st half and sat the rest of the half.  Early in the 2nd half Nanu picked up his 3rd and he waved to Pitino to leave him in………the gamble paid off.  Chinanu finished with 12 points and 10 rebounds and played an extended and PASSIONATE stretch in the 2nd half.

The Cards had no choice but to grind against UNC.  There was no big run, there was no boom.  When the Cards made a basket the Tar Heels answered.  In a game without a lot of room for error, UofL went to work and played smart.

But perhaps the most important thing that happened on Monday was Louisville playing completely within the scouting report as prescribed by Rick Pitino and the Louisville coaches.  Against Virginia Pitino wanted ball reversal…and got almost none.  Against North Carolina Pitino wanted his team to crash the defensive glass and get back on defense.  Louisville outrebounded one of the best rebounding teams in all of college basketball and immediately got back on defense against its better nature.

Now maybe the nation will ask, “Can Louisville beat a slow down/defensive team?”  The Cards will get a chance to answer that in Charlottesville for the season finale against Virginia and perhaps in its other 8 final games along the way.  But in one game the Cards answered a lot of questions that the country had about UofL….and perhaps even some questions UofL had about itself.

Not a bad way to start February.