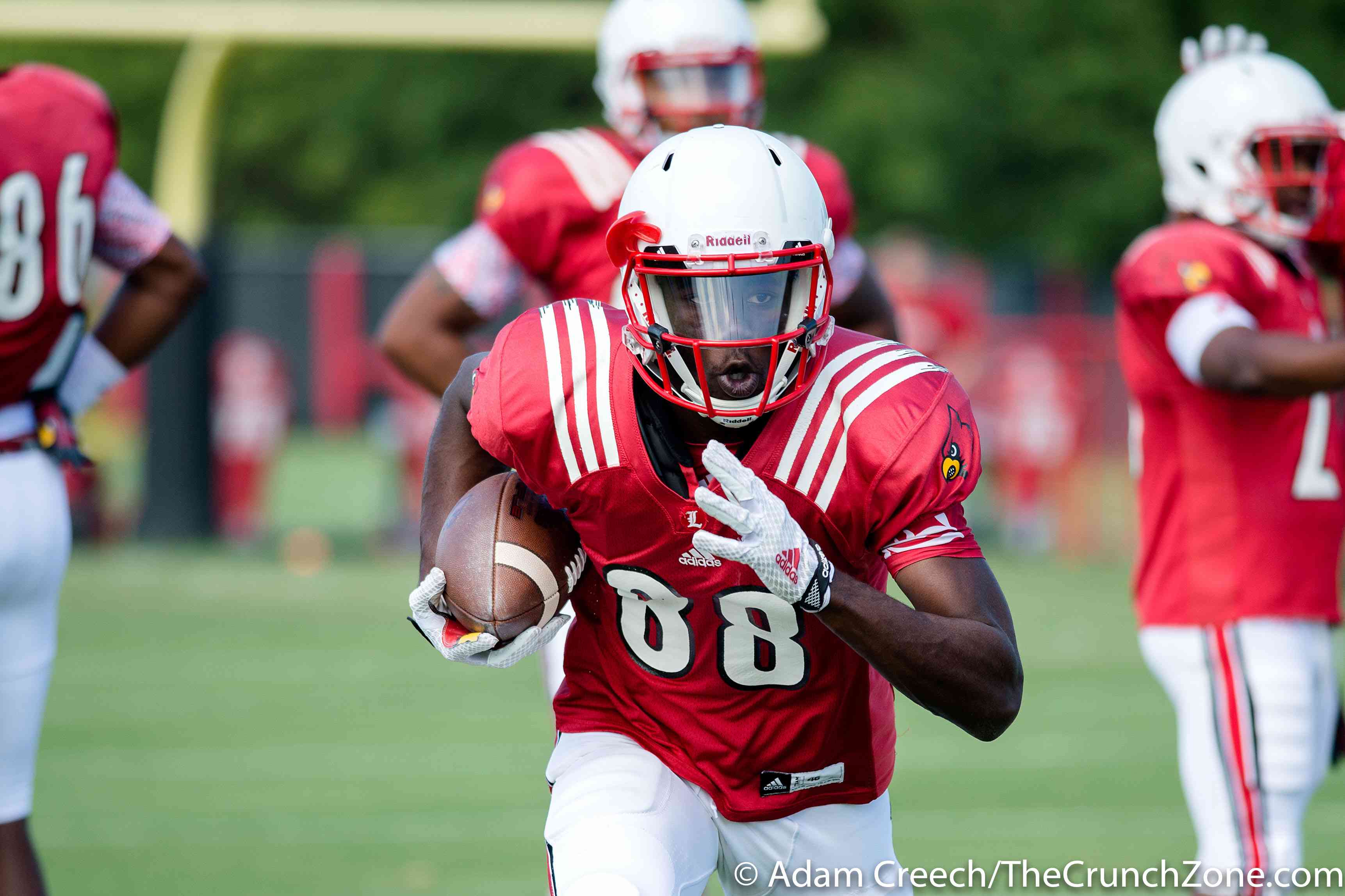 Winners of eight of its last 10 games last season, the University of Louisville football team returned to the practice fields on Wednesday for a pair of practices as the 2016 season officially opened.

As has been tradition during head coach Bobby Petrino’s tenure, the newcomers and a select number of second-year players worked out in the morning, while the veterans came out in the afternoon for a separate practice.

“I thought we had a lot of carryover from the spring,” Petrino said. “We practiced at a faster pace, were decisive and they knew what they were doing out on the field.”

Petrino put the youngsters through about a two-hour workout at 8:50 a.m., while the vets also practiced for about two hours in the afternoon under an intense heat.

It was the first practice of the preseason for the Cardinals, who finished the 2015 season with an 8-5 record and a 5-3 mark in the ACC.

Per NCAA rules, both Louisville practices were in shorts and helmets, and the Cardinals had to fight the heat and were trying to recover from some heat-related issues during the two workouts.

“We had some cramping issues today,” Petrino said. “It was hot out there today, but I talked to the players about what they need to do to prepare their bodies for practice.”

Senior Brandon Radcliff agreed that there are precautions needed to take care of your body in these tough conditions.

“Coach always preaches to us that we have to be professionals and take care of your body,” Radcliff said. “It was hot out there. A lot of players were tightening up. We have to make sure we get in the cold tubs, and make sure we are eating. I do two gallons of water every day to help me take care of my body.”

Radcliff, who was recently elected a captain for the second-straight season, was also excited to run behind an improved and a little more experienced offensive line during the first day of fall camp.

“They are more experienced,” Radcliff said. “They are scholars of the game. They are studying the game and learning the offense. I saw a lot of improvement out there today and I’m looking forward to watching this group continue to progress.”

Notes:  Louisville will practice in helmets and shorts for the second consecutive day on Thursday – splitting the rookies and veterans for the second-straight day … The defensive backs had a good day during the afternoon practice, with Dee Smith recording a pick during team work… Freshman Austin Johnson punted the ball well during the morning workout … Shaq Wiggins was a vocal leader on the field this afternoon, encouraging his teammates and made a number of plays on the football… Petrino said that Jawon Pass picks things up quickly and has a quick release. He stated that he is a natural leader and takes charge of the huddle… Petrino singled out young offensive lineman Toriano Roundtree, Chandler Jones, Linwood Foy and Robbie Bell as players who impressed the staff during morning workouts.