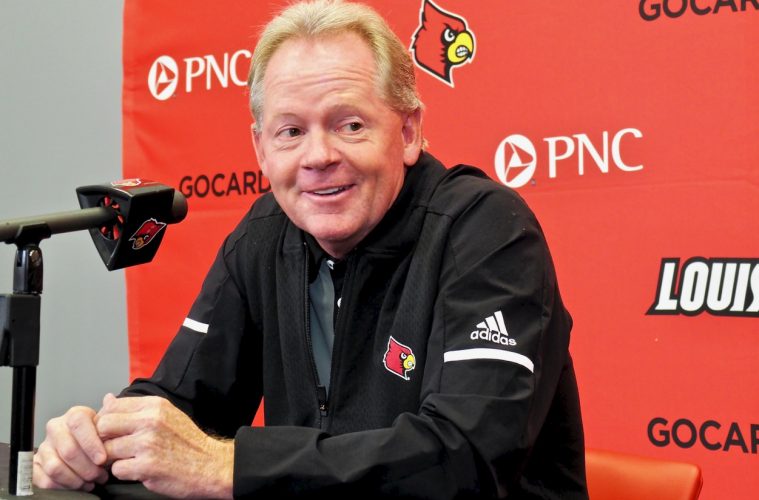 Attention all Louisville Cardinal fans! Fourth Street Live!’s own Sports and Social Club will be the new site for both the Rick Pitino and Bobby Petrino radio shows.

Historically held at Tumbleweed Tex Mex Grill and Margarita Bar, the shows will now be moving into the Fourth Street Live! district. Fans are encouraged to join and may reserve seats by contacting the Sports and Social Club beforehand.

The Sports and Social Club is a large venue that can accommodate numerous guests and has tiered seating allowing for every attendee to have a prime spot. Guests will have the opportunity to ask the coaches questions by jotting them down on a form located on each table, for a chance to be answered on air.

These shows will frequently feature special guests, such as players, who will be announced before show time.

The Sports and Social Club also offers food, drinks, and entertainment—such as bowling (open before and after each show) and UofL trivia nights.

“This is an exciting environment that we feel will be the perfect location for the coaches to carry out their highly anticipated shows,“ said Ed Hartless, president of Fourth Street Live!. “This is a wonderful opportunity for the community to come and participate by supporting Louisville teams and asking questions of the coaches.”

He added: “Hosting it at The Sports and Social Club also allows for attendees to enjoy the surrounding atmosphere of Fourth Street Live! before and after shows.”

Bobby Petrino’s first show—which will preview the Cards’ first game of the season against Purdue University—will air, live, on Wednesday August 30, 2017 from 7:00-8:00pm. This is the first of 12 one-hour shows, with the remaining dates listed below. Rick Pitino’s show dates will be announced closer to basketball season.

All shows will air live on 840 WHAS radio.

Originating in 2004, Fourth Street Live! is located in the heart of downtown Louisville on 4th Street between Liberty Street and Muhammad Ali Boulevard, just a short walk from most downtown hotels and attractions. During the past decade Fourth Street Live! has grown into the premier dining and entertainment district of Louisville, drawing over 4.5 million tourists and locals per year. Fourth Street Live! is home to nearly 20 different venues ranging in style and offerings. For more information visit www.4thstlive.com or follow us on Facebook, Instagram, and Twitter (@4thstlive).