Attitude Propels UofL to Victory in “Must Win” Match-Up 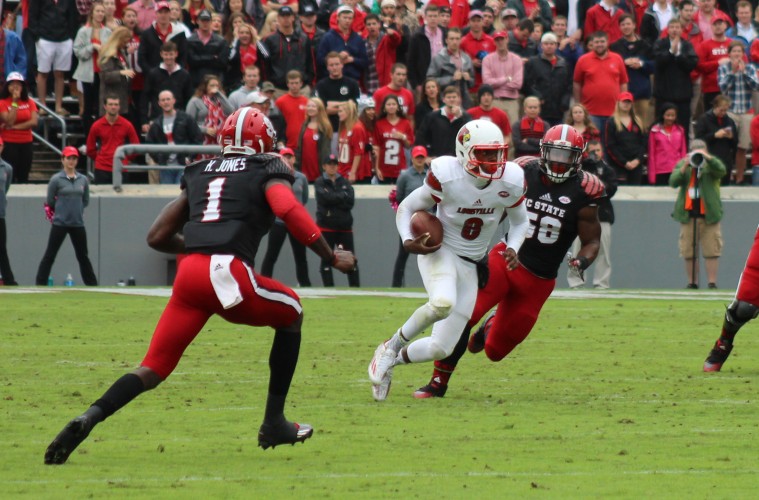 That’s rare.  And say what you want about the beginning of the season and an 0-3 start.  Louisville needed to win on Saturday.  They had to find a way to get these young players on the winning side of a close game.

There was weather, there was noise…..and there was a veteran 4-0 team.  Didn’t matter.   Louisville made mistakes, they dropped balls and missed opportunities.  But they won and they found a way to win.

UofL’s method to win wasn’t dissimilar to the formula they’ve used for the past 4 seasons.  PLAY GREAT DEFENSE.  In fact, Louisville threw for just over 100 yards…but forget the stats. Louisville played team football and didn’t let small mistakes become major problems…or even problems at all.

Bobby Petrino praised his team’s attitude after the Clemson game.  Start 0-3 might wreck a lot of teams.  But not this one.  This one stayed positive understood their deficiencies and went to work on them.

Keith Kelsey & James Burgess were THE BASH BROTHERS today.  Outstanding play from them.  Even Trumaine Washington made the play that embodied the season when he was beaten on a long pass play, Tru kept fighting and eventually freed the ball from Jumichael Ramos and Chucky Williams was there to recover and flip the script.  A few plays later Lamar Jackson went for 68 for the game’s first score.

The Cards need to work on special teams.  2 kickoff returns for a Touchdown in 5 games is way too many.  1 in a season is way too many.  But Louisville still found a way to win.  John Wallace hit field goals, Joshua Appleby punted beautifully as he has all season.

Each week the improvement is evident.  Young players getting comfortable and learning their roles and allowing their talent to play.  That’s all thanks to the team’s attitude and the coaching staff maintaining their disposition and remaining consistent.  It’s a bright future for Louisville, but forget that.  What will the Cards look like after a BYE week in Tallahassee?