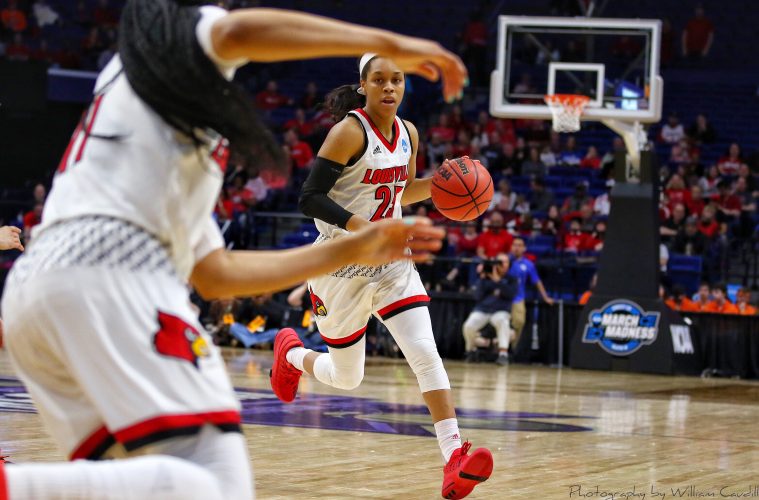 It was announced today at Nationwide Arena that University of Louisville junior guard Asia Durr is one of 10 players selected to the 2018 WBCA NCAA Division I Coaches’ All-America team.

Durr was just named Lexington Region Most Outstanding Player after leading the Cardinals to a trip to the Final Four with a team-high 17.5 points per game and 4.5 assists, while pulling down 4.3 rebounds and shooting 10-of-28 from 3-point range.

Louisville returns to action on Friday night at 7 p.m. ET when they face Mississippi State in the national semifinal. They seek their third ever trip to the national championship game.